It has to be said that Lei Jun made the right layout for Xiaomi in the lot field early on. Nowadays, mainstream manufacturers are working on the lot ecology, but Xiaomi has a huge and complete ecological chain in this regard, building a matrix of smart home products. It can be said that Xiaomi is in the The lot field is unbeatable.

Because of this, Mijia products are as small as batteries and nail clippers, as large as TVs, air conditioners and refrigerators. 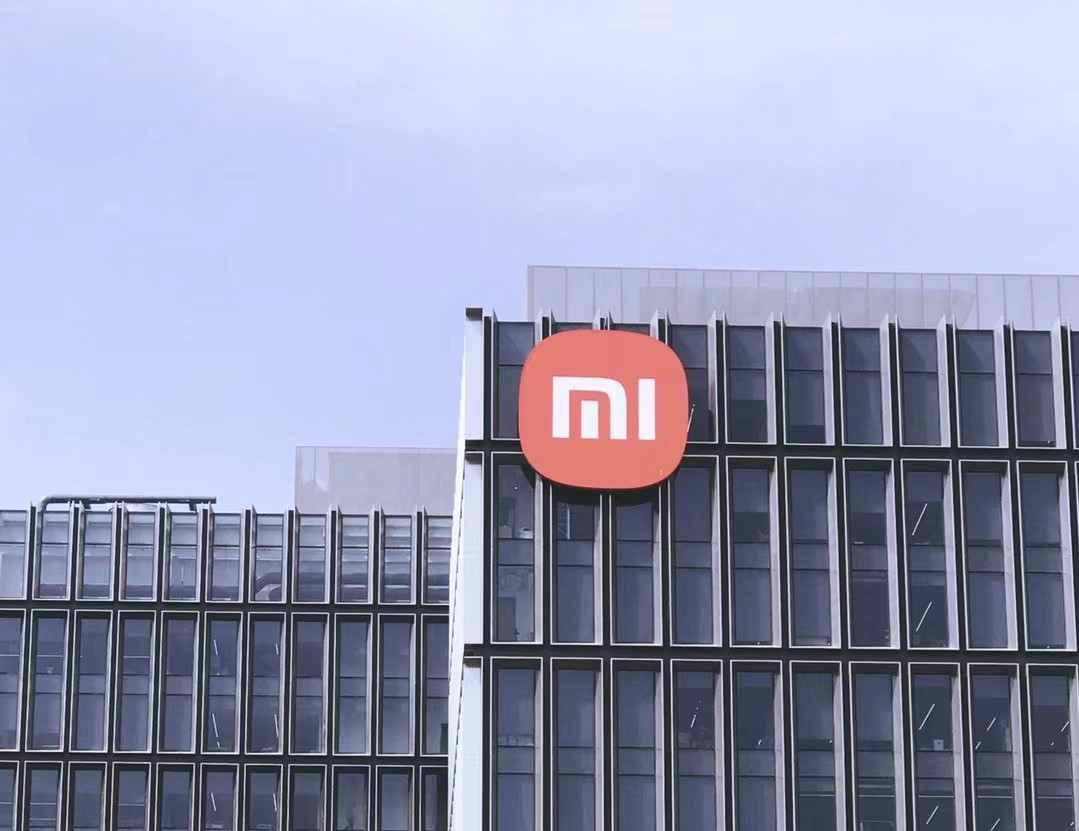 The Mijia sweeping robot was released in 2016, and a number of products have been released so far. Finally, at the spring new product launch conference of Xiaomi this year, the Xiaomi category ushered in the flagship product – the Mijia sweeping and dragging robot Pro.

In the field of mobile phones, the Pro generation has the meaning of high configuration and more stockpiling. The same is true here. From the name, it can be seen that it is a combination of sweeping and dragging, and the practicability is further improved. Let’s see how it performs. 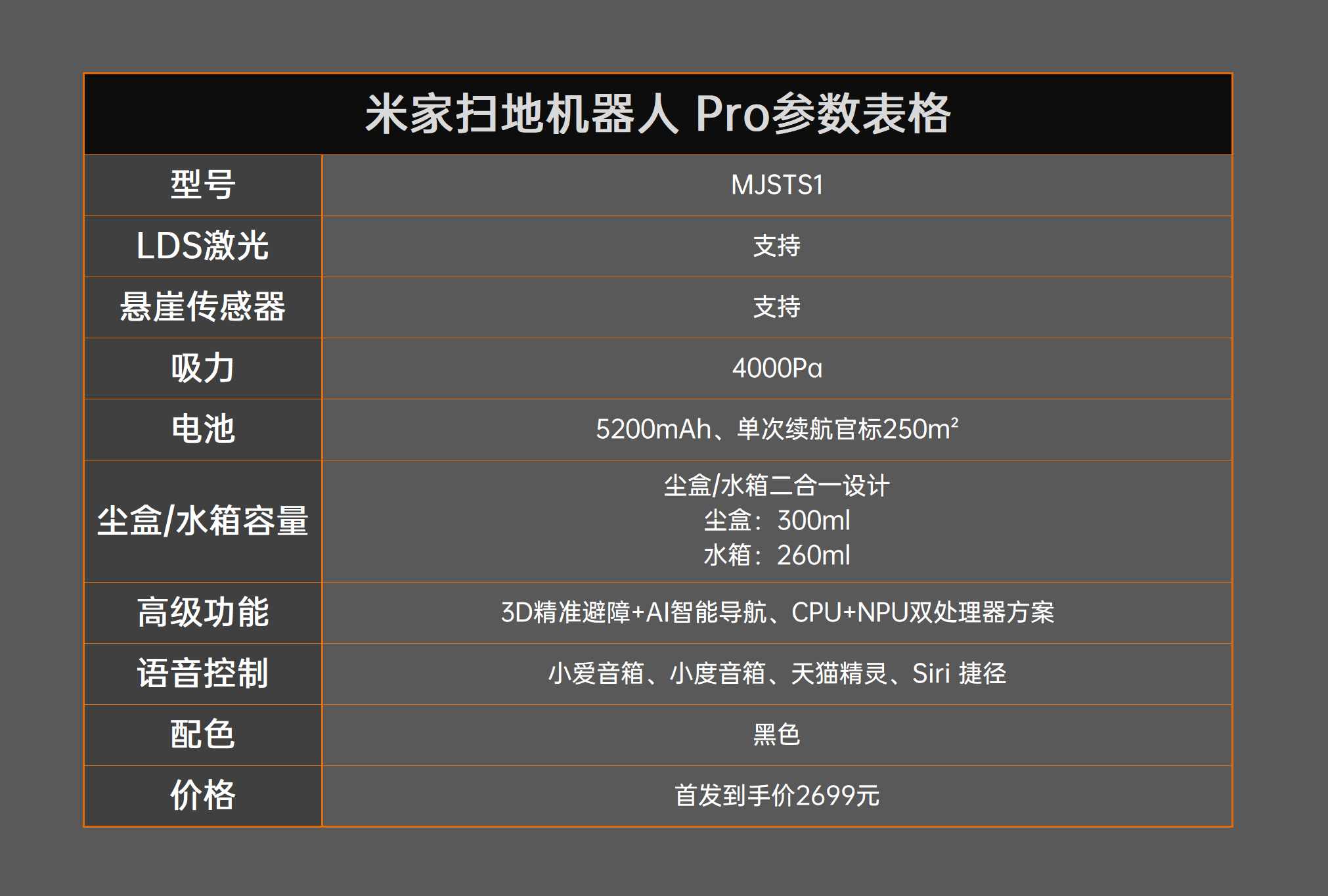 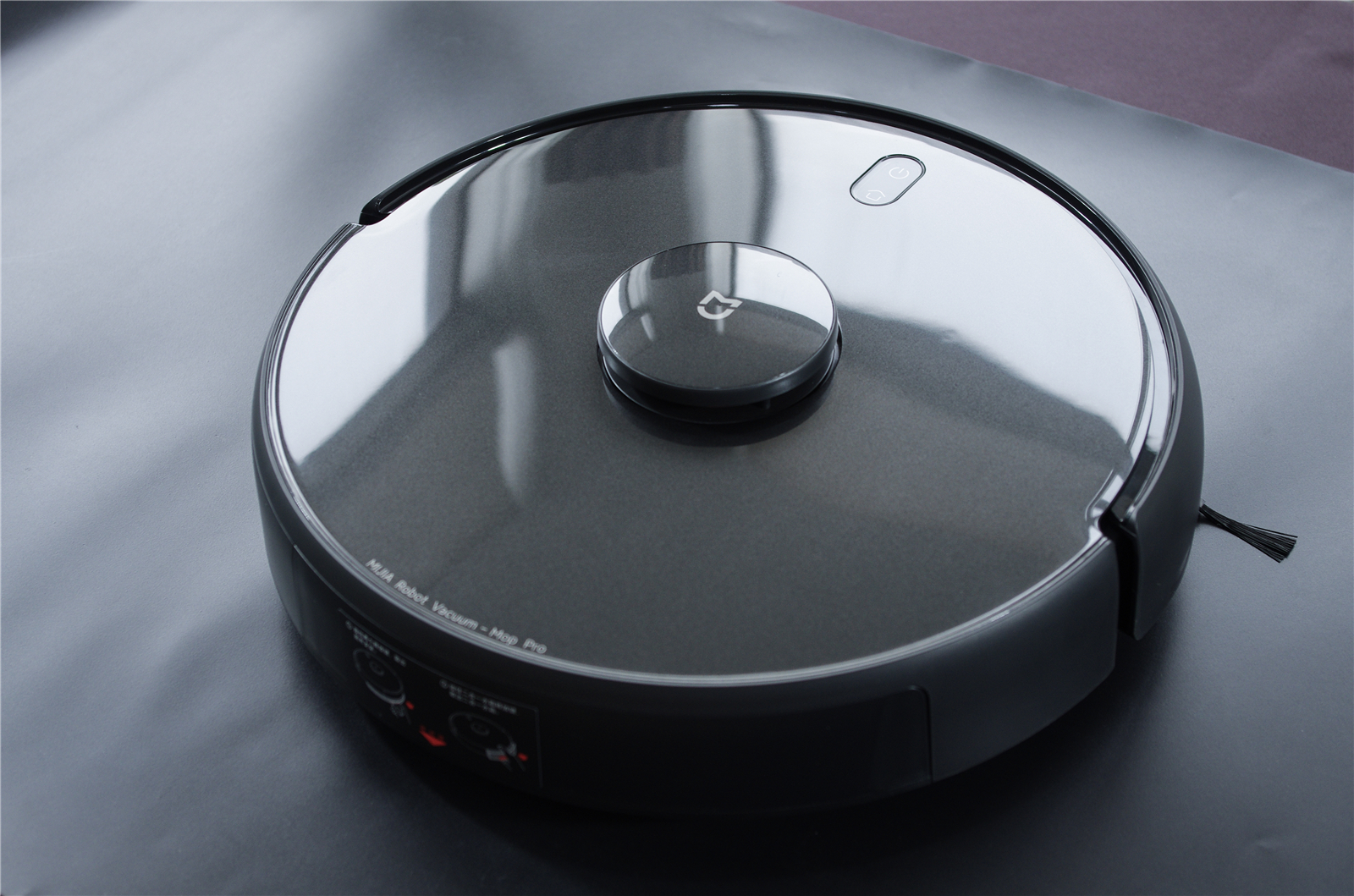 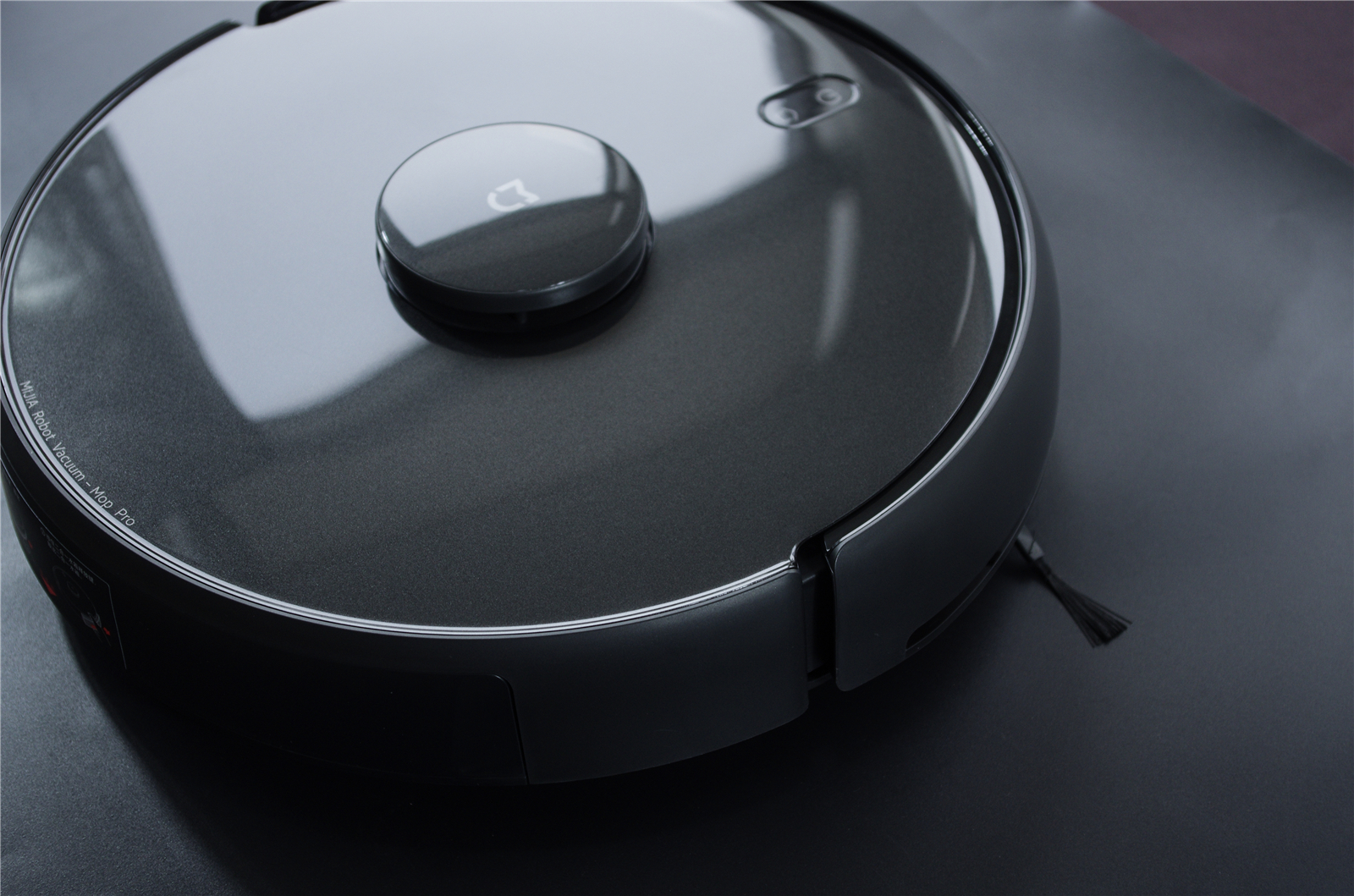 The round shape is the recognized shape of almost all sweeping robots, just like TVs are rectangular or square. Combined with the humanized design of the home environment, the same is true for the Mijia sweeping and mopping robot Pro. Although it does not have the elegant temperament of white, black does. High end taste. 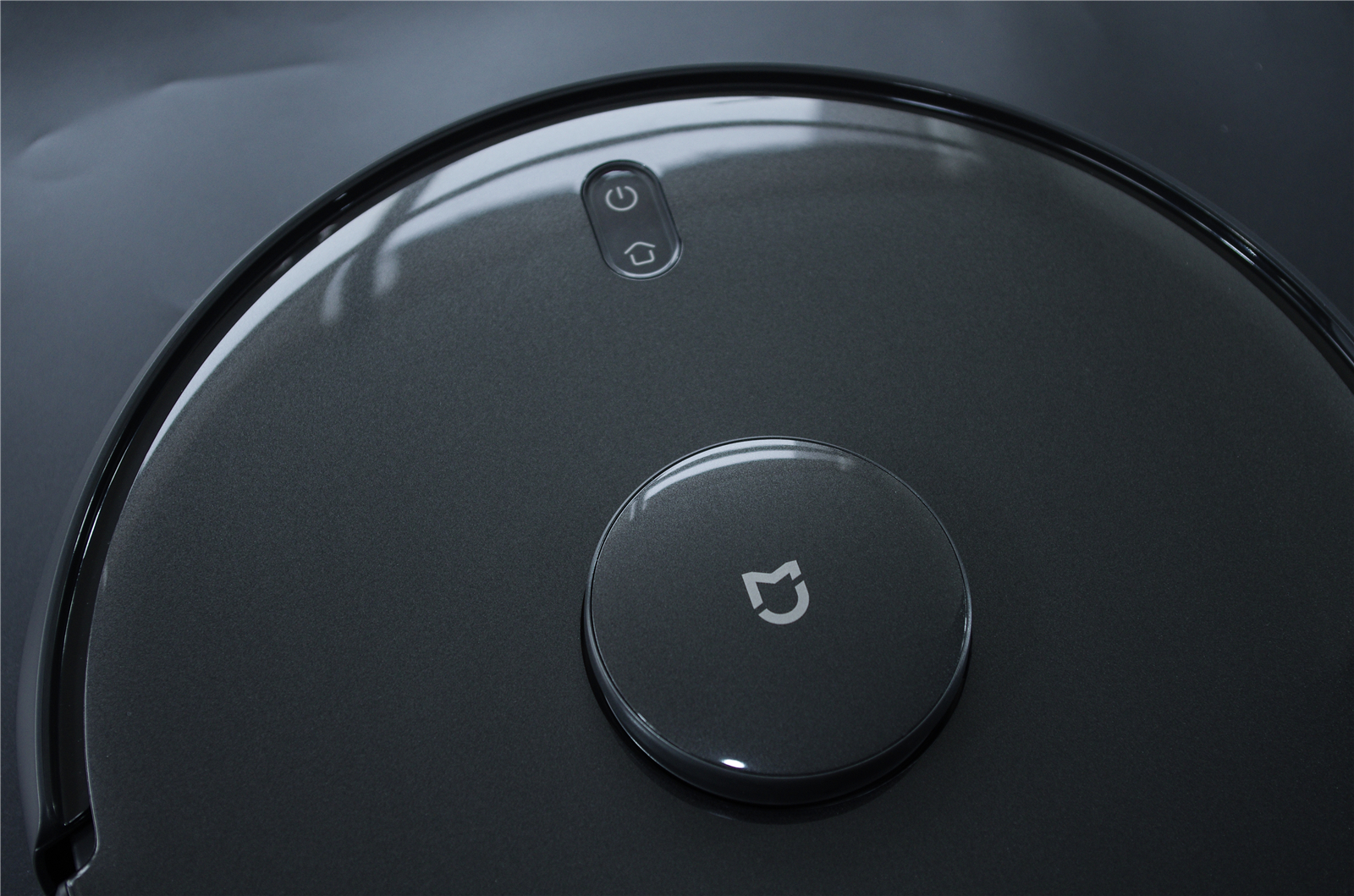 The top is the LDS laser sensor

According to the official description, the Mijia Sweeping Robot Pro uses a new generation of LDS laser navigation system. At the same time, with the built-in 30 sensors, the measurement distance is increased to 10 meters, so as to obtain an accurate whole house map. This is not a pain point. The solution is to avoid obstacles. 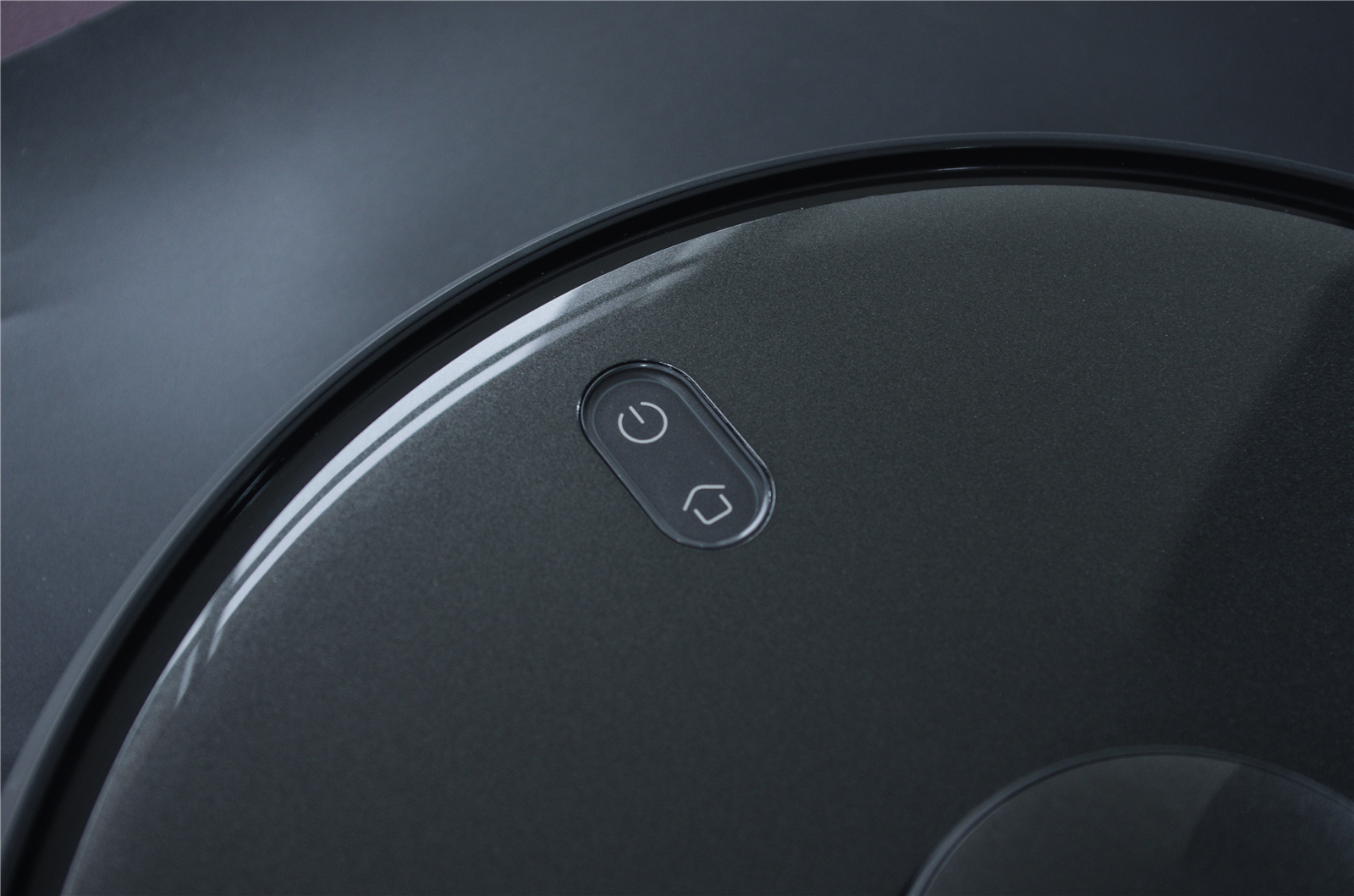 The top is the switch, recharge/clean button 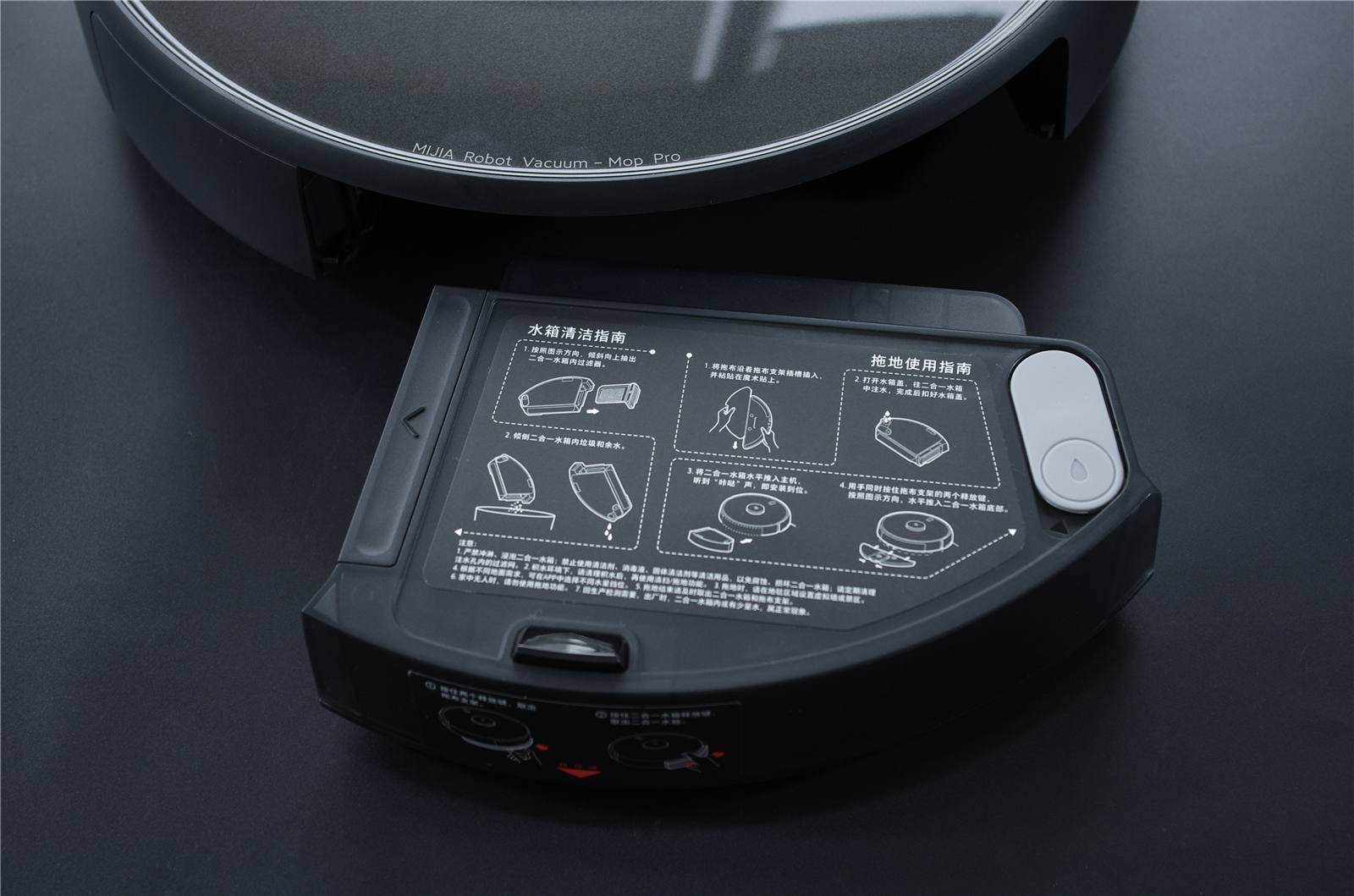 Unlike most sweeping and mopping robots, this Mijia adopts a two-in-one design of a dust box and a water tank. The dust box is 300ml and the water tank is 260ml, minus the steps for users to frequently pull out the water tank or dust box. 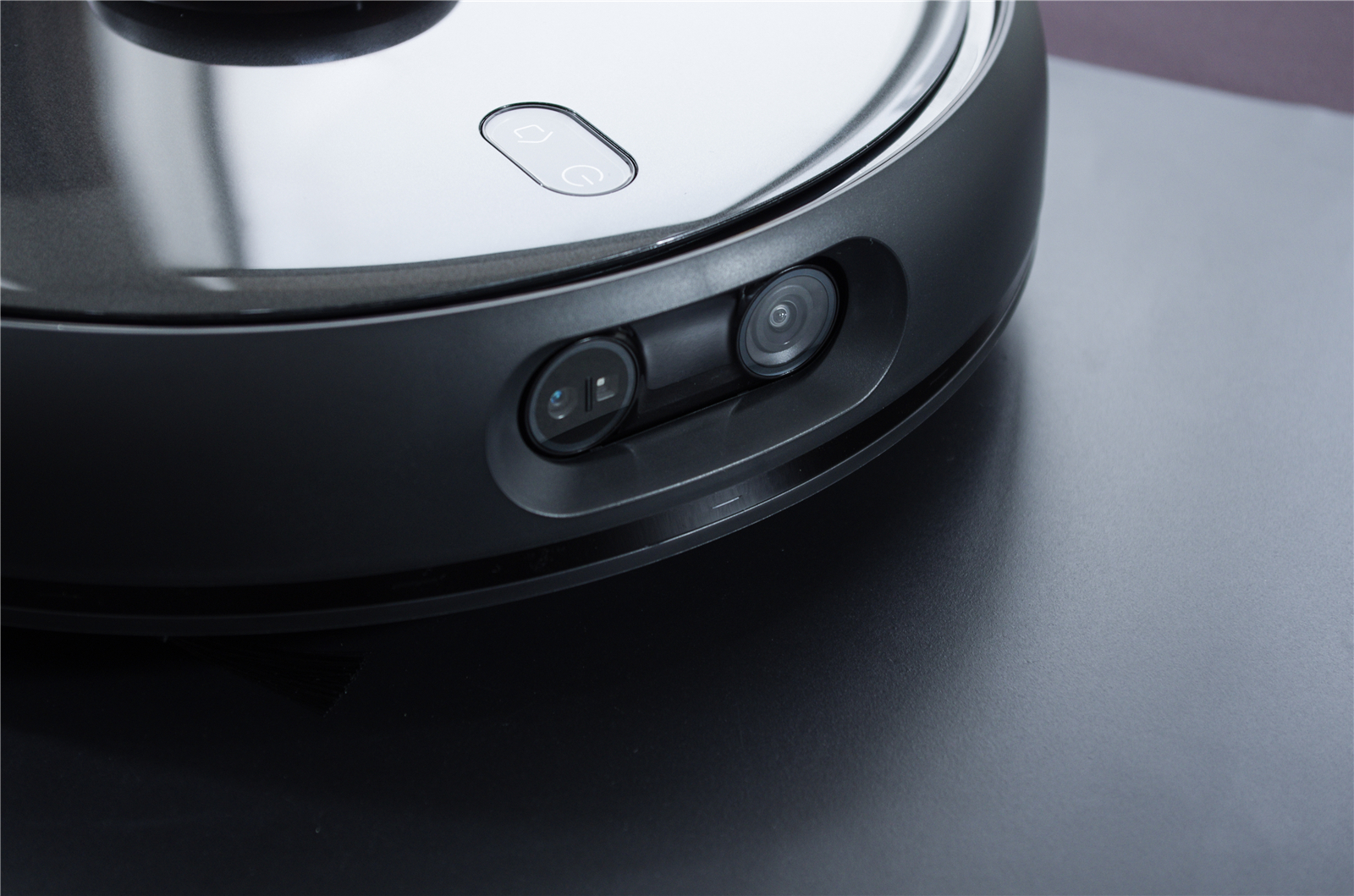 The side of the fuselage is a 3D TOF module

Although the Mijia Sweeping Robot Pro has two cameras on the side, it does not support real-time video to mobile phones, and it is only TOF, which is used to build maps and avoid obstacles. It has been applied to the field of unmanned vehicles before, and Mijia also integrates vision. Recognition algorithm, higher accuracy of obstacle avoidance. 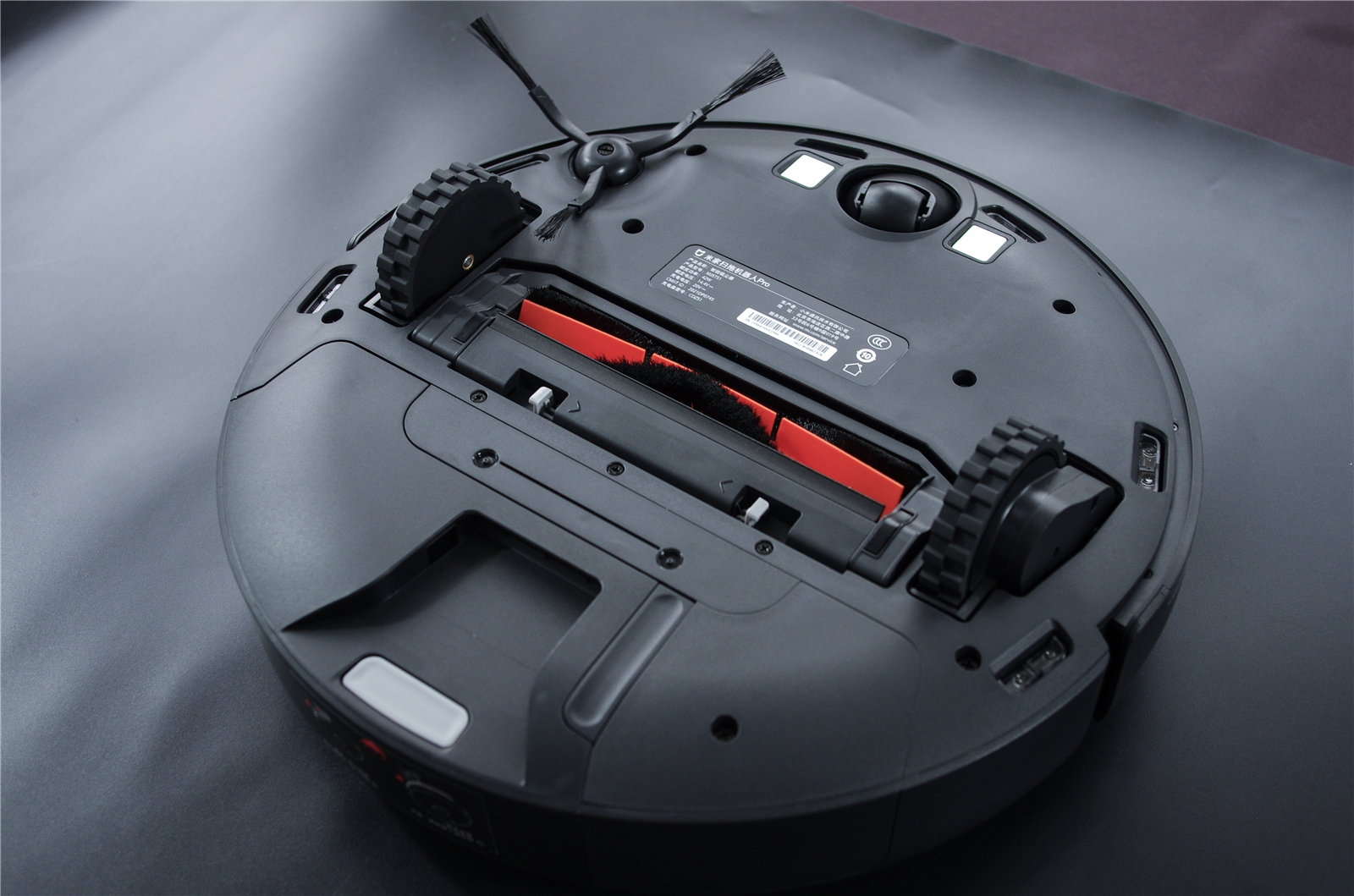 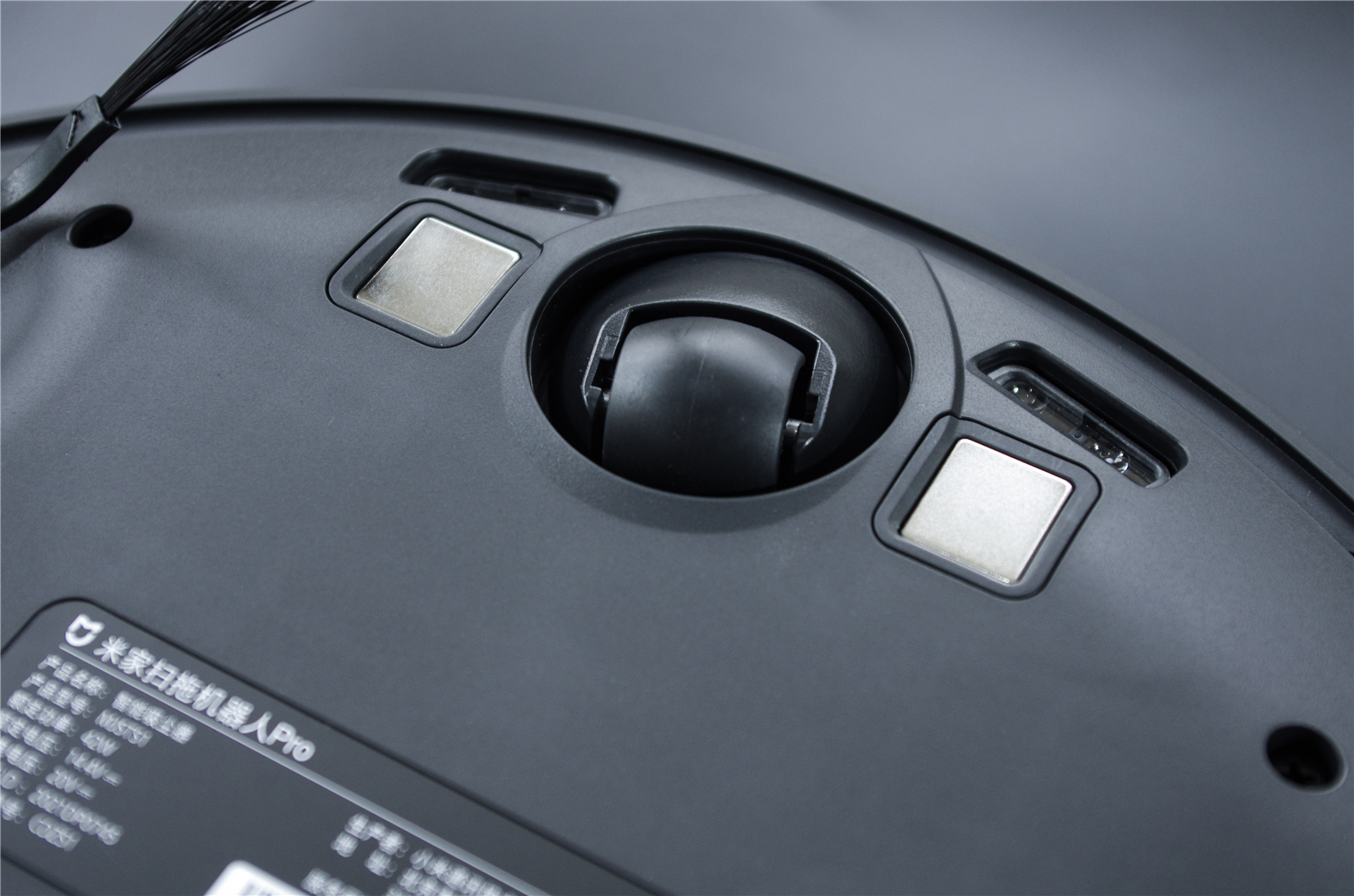 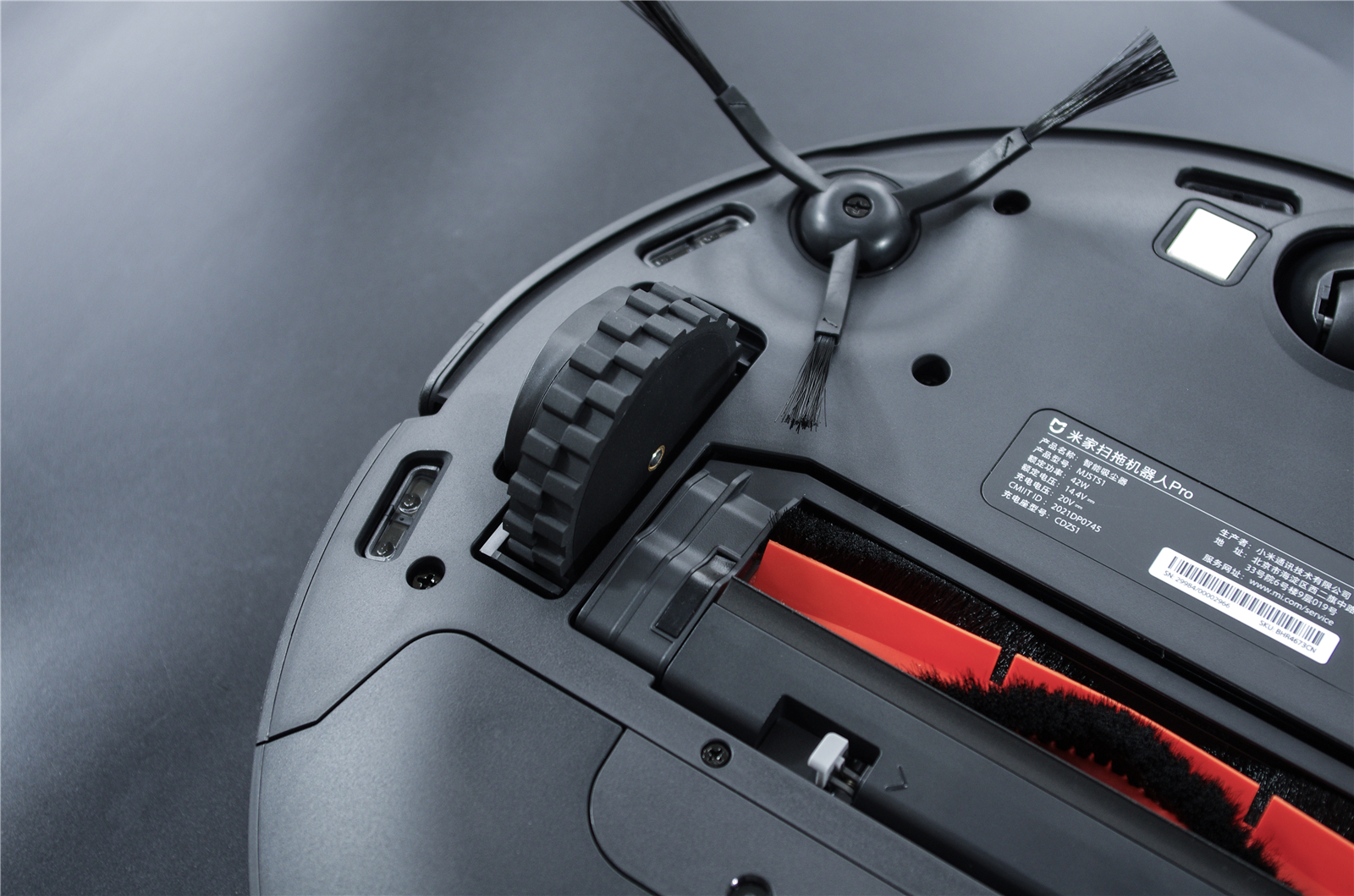 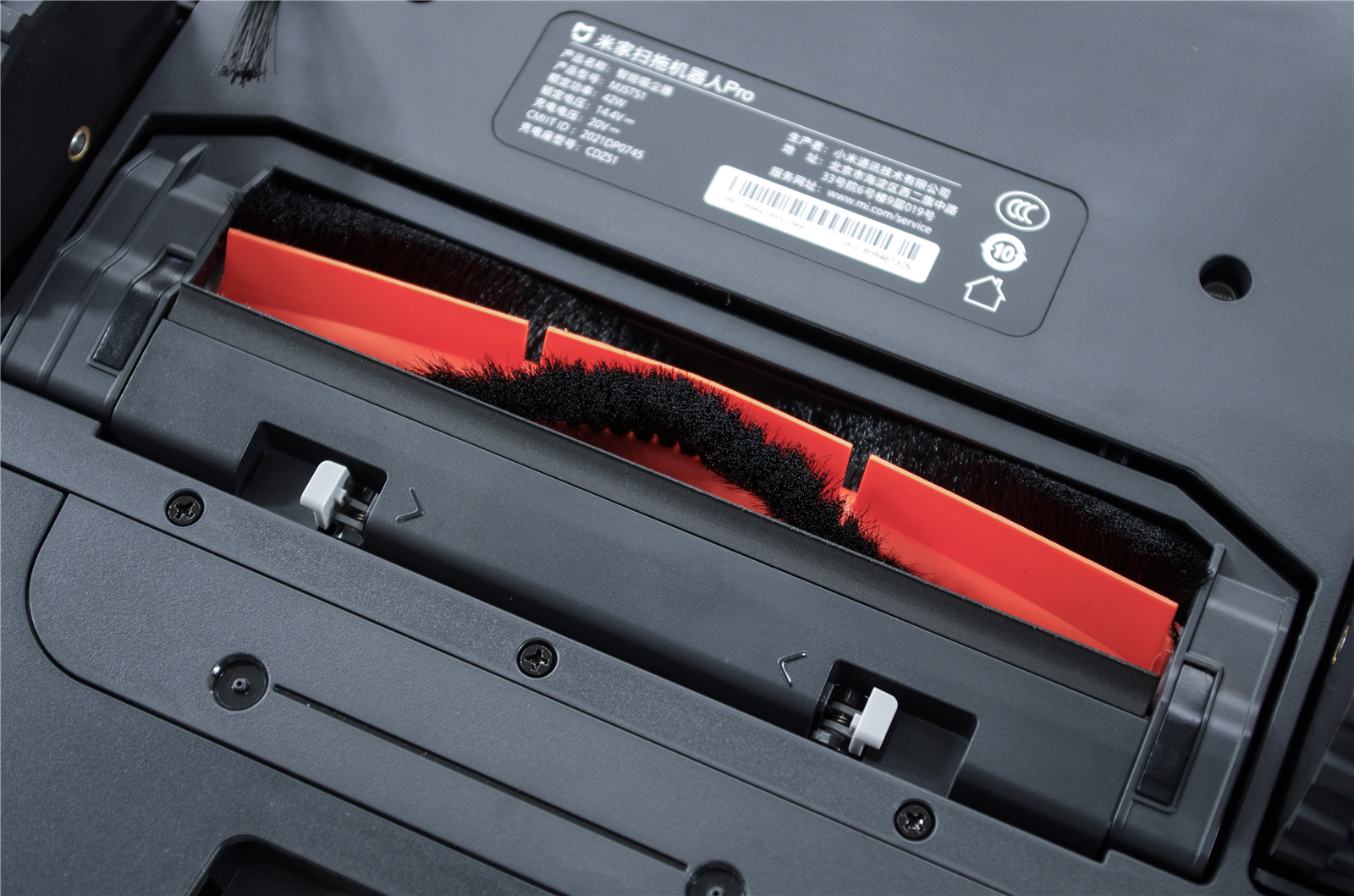 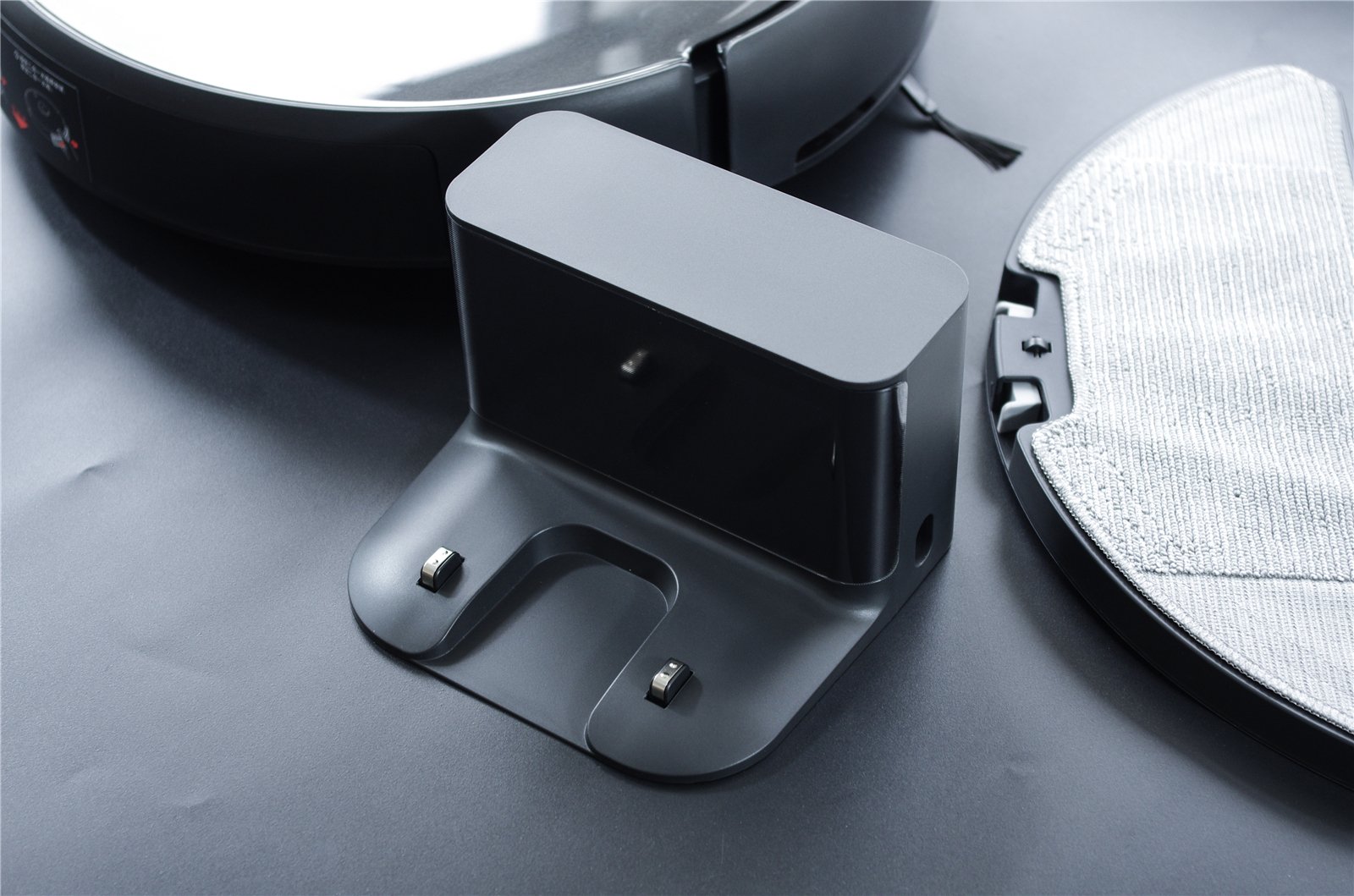 Not to mention, the ecology of Mijia smart home should be one of the most complete at present. Xiaomi has added almost all products that can be powered into APP linkage, which is naturally the case with sweeping and mopping robots. Use Mijia APP to connect and add, in addition to mobile phone control , you can also use Xiaoai voice control. 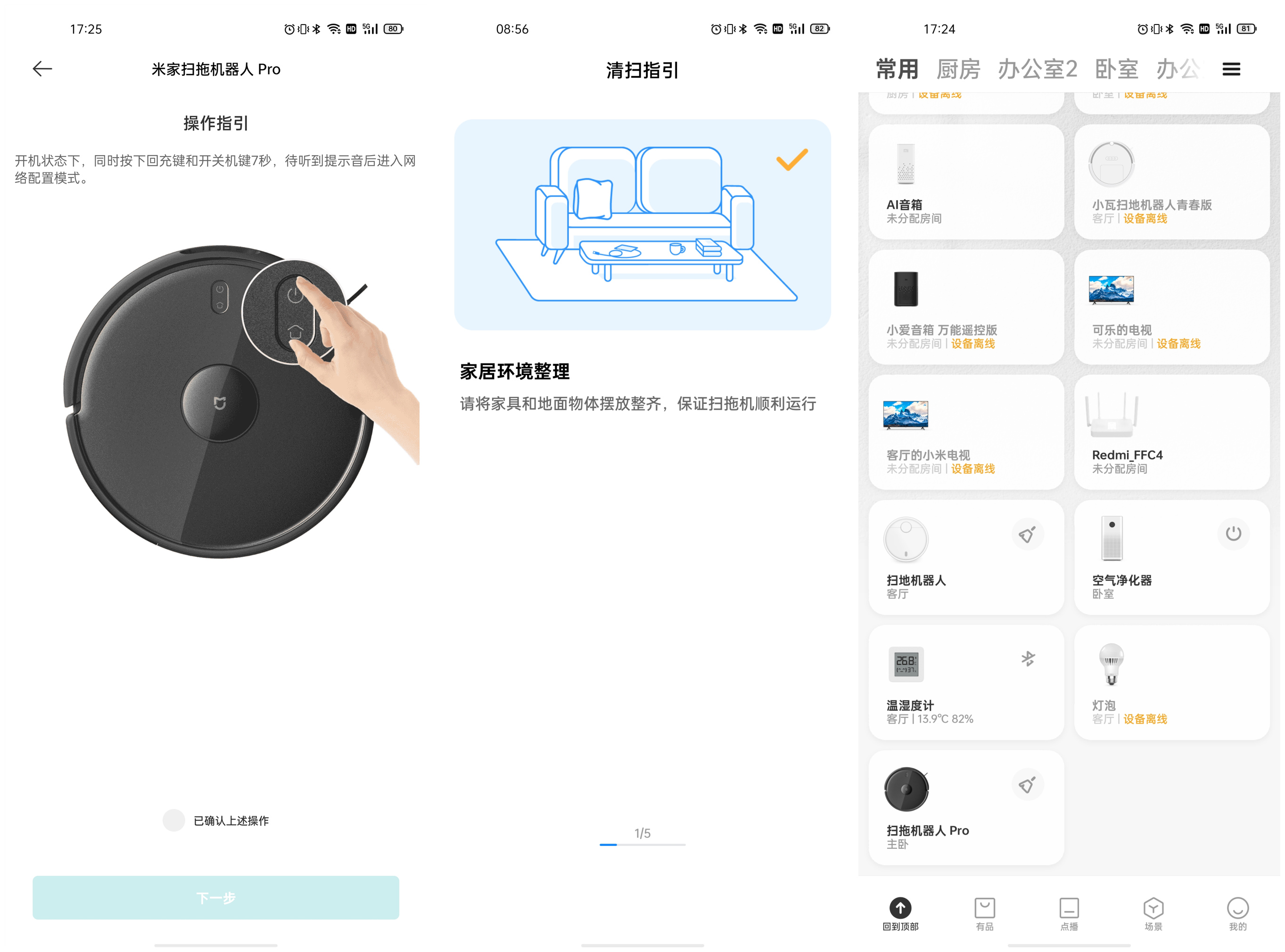 After adding a sweeping and dragging robot through the Mijia APP, the system will give cleaning guidelines. The special one is to organize the home environment because it can better clean the ground. In addition, after drawing a map, if the home environment is moved, it may affect the To the identification of the sweeping robot. One of the main highlights of the Mijia sweeping and dragging robot Pro is the super-sensing multi-dimensional stereo recognition obstacle avoidance system equipped with the new X-CrossAI™. Through 3D TOF technology + visual recognition fusion algorithm, it claims to have achieved millimeter-level perception accuracy. Attention is still real-time perception. , in order to adapt to different home environments, and at the same time have the ability to learn independently, the more cleaning times, the more accurate the identification.

Set to open the laboratory function, including object display, carpet display, furniture display and other functions. After A recognition is turned on, Mijia Sweeping Robot Pro can recognize furniture such as beds, dining tables, sofas, as well as objects such as shoes and socks.

Being able to identify shoes, socks, and wires is indeed the pain point of the current sweeping robot. The author has used the Mijia sweeping robot for many years. Due to the lack of sensors, it can only be cleaned violently. For example, the trash can on the ground will be swept. The robot is pushed under the bed, not to mention the need to manually clean the socks and shoes on the ground every time it is cleaned. I believe this is also a pain point for many people.

It’s useless to say so much, let’s actually test whether it can successfully avoid obstacles,

Whether it can be cleaned or not is actually no need to worry. Take the Mijia sweeping and mopping robot Pro as an example. The suction power reaches 4000pa, which is more than enough to deal with the home environment, and it can even be said to be saturated. Therefore, how to avoid obstacles and clean smartly is important. Like most sweeping robots, the Mijia Sweeping Robot Pro also uses the mobile APP to control most of the cleaning functions. It can set a specific area and clean a certain area by shape; it can also customize the cleaning, such as the dirty floor of room A, Just use the strong mode, the B room is still clean, just use the standard mode, or customize a room that needs to be mopped or cleaned. Of course, the remote control mode is also retained, and it can be used as a remote control car to increase the fun when you are bored.

Another interesting feature is that the Mijia Sweeping Robot Pro has a built-in feature called “dirty recognition”. After it is turned on, it will clean the dirty area back and forth. Through testing, it is found that this feature may be in the laboratory. Sometimes it won’t trigger, but like the video below, it’s not clean after one cleaning, Mijia Sweeping Robot Pro hesitated for a while, then went back and cleaned it again until the carpet was clean, eliminating the need for manual cleaning again, I hope to follow up To enhance this function, it is very convenient and user-friendly. 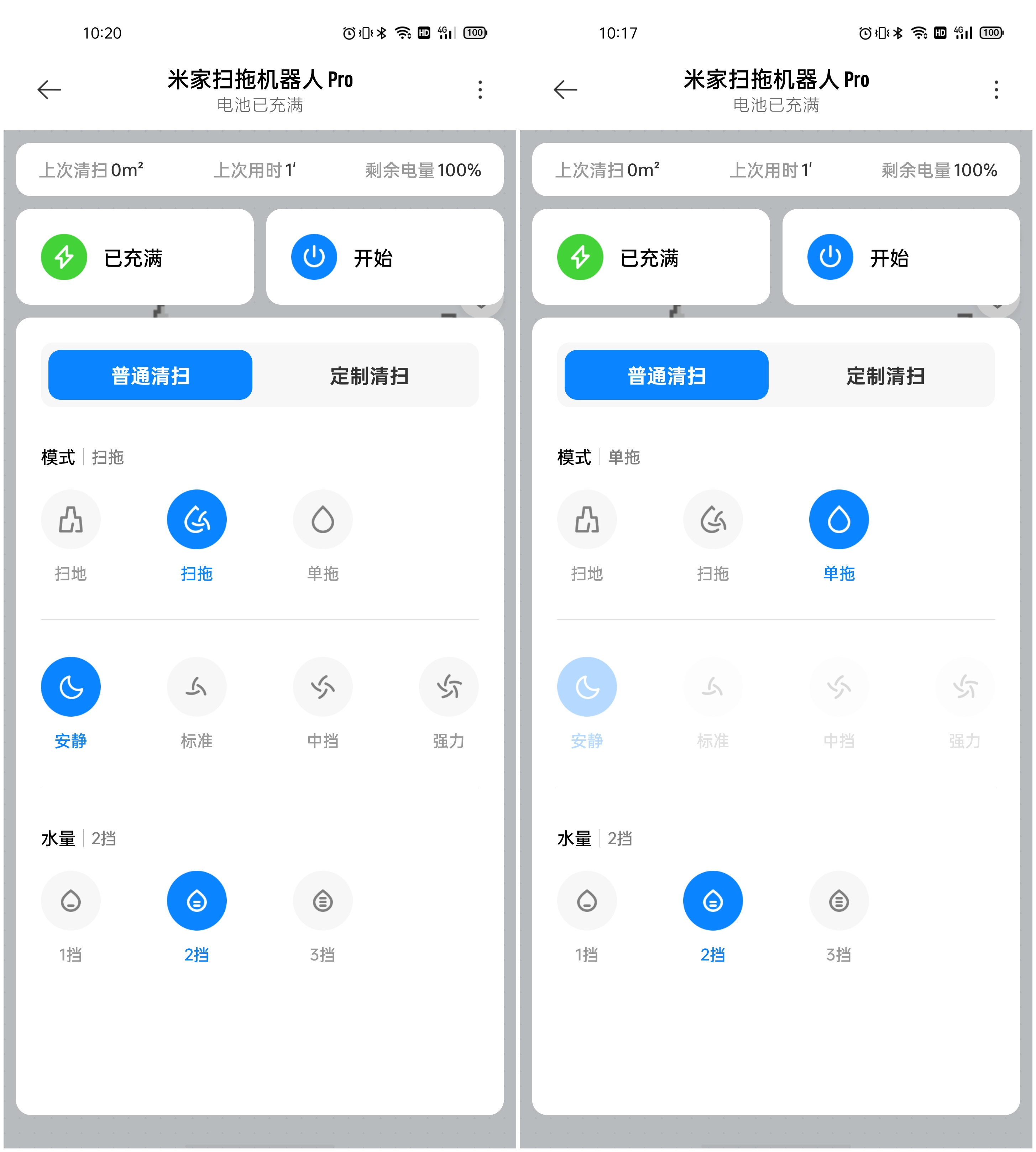 Ordinary cleaning has built-in sweeping or single dragging function, and the water volume can be adjusted in three levels.

In addition, the Mijia sweeping and mopping robot Pro adopts a two-in-one design of the dust box and water tank. Although one step is omitted, when taking out the water and adding water, be careful that the dust in the dust box is easy to slant and spill out.

So the question is, do we really need a sweeping robot now? In fact, it is not. In this big environment, the sweeping robot has not really entered the public life. As a household product, it is not as important as air conditioners and refrigerators, because it replaces labor and does not really solve the pain points of users. Brooms and mops are still It is our common cleaning tool, but they have one thing in common, that is, serving people, which is why many people are optimistic about the future cleaning robot. 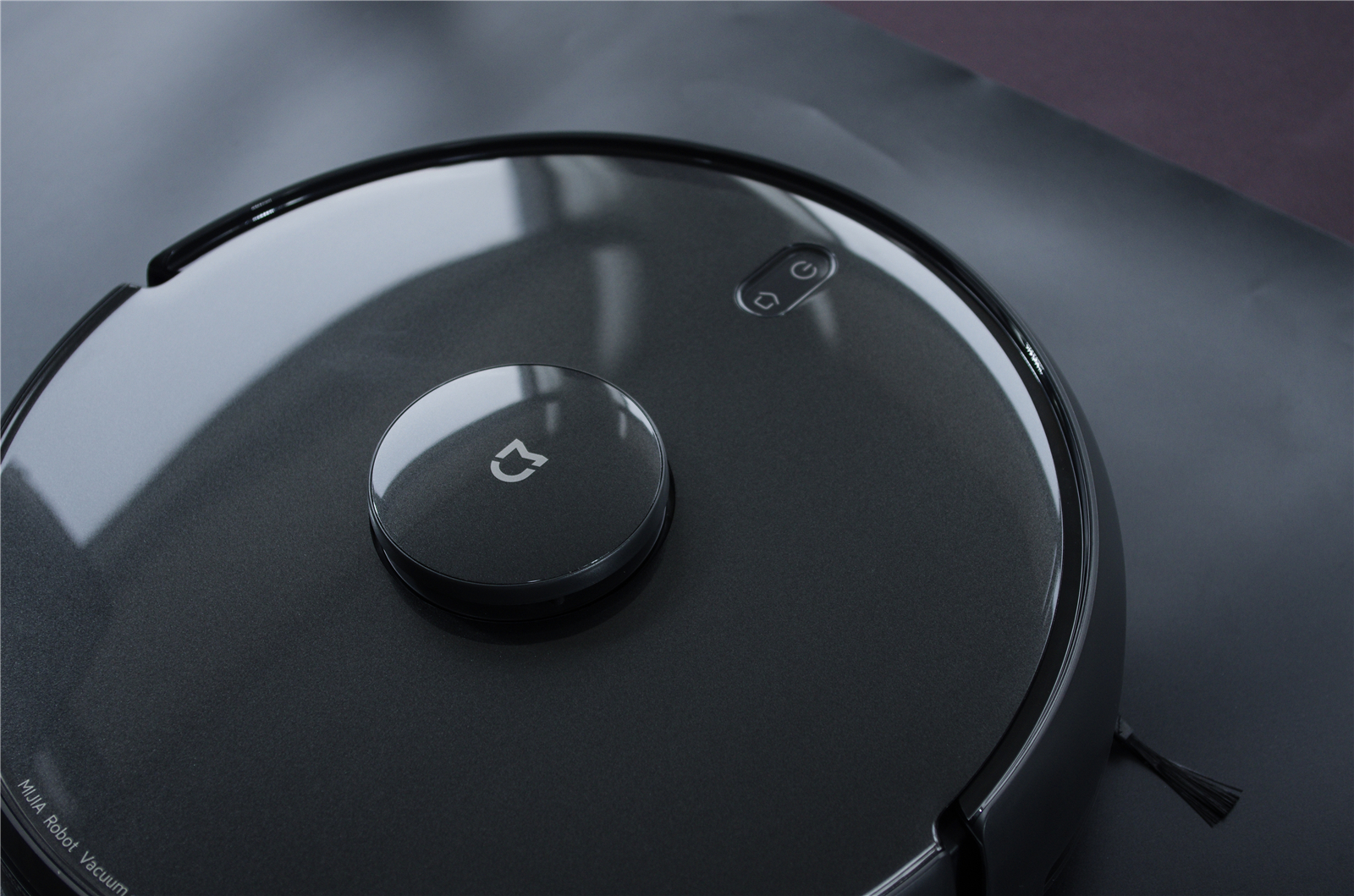 In fact, unless you are really lazy, or you don’t usually have much time to clean the ground at home, you will use a mopping robot to maintain long-term ground cleanliness.

Although the cleaning level of the sweeping robot is far inferior to that of manual work, the author believes that there will be breakthroughs in the future to achieve true automatic and unattended operation. In terms of technology, the Mijia sweeping and dragging robot Pro has 3D accurate obstacle avoidance + AI intelligent navigation The system took another step forward.