Stone self-cleaning sweeping and mopping robot G10S Review: the ultimate gospel for lazy people, the culmination of many years of black technology-Mobile Update Share
Facebook Twitter LinkedIn Pinterest Email
The technology circle often sees a word called “suture monster”, which is used to describe those products that combine many functions or appearances. Usually such words are derogatory words, but if the product is really well stitched and practical If so, then it becomes a neutral word. Today, Roborock Technology released a new flagship self-cleaning sweeping and mopping robot product G10S series. After using it, I feel that with this product alone, Roborock Technology can eliminate the stitching monster. The word became a compliment. 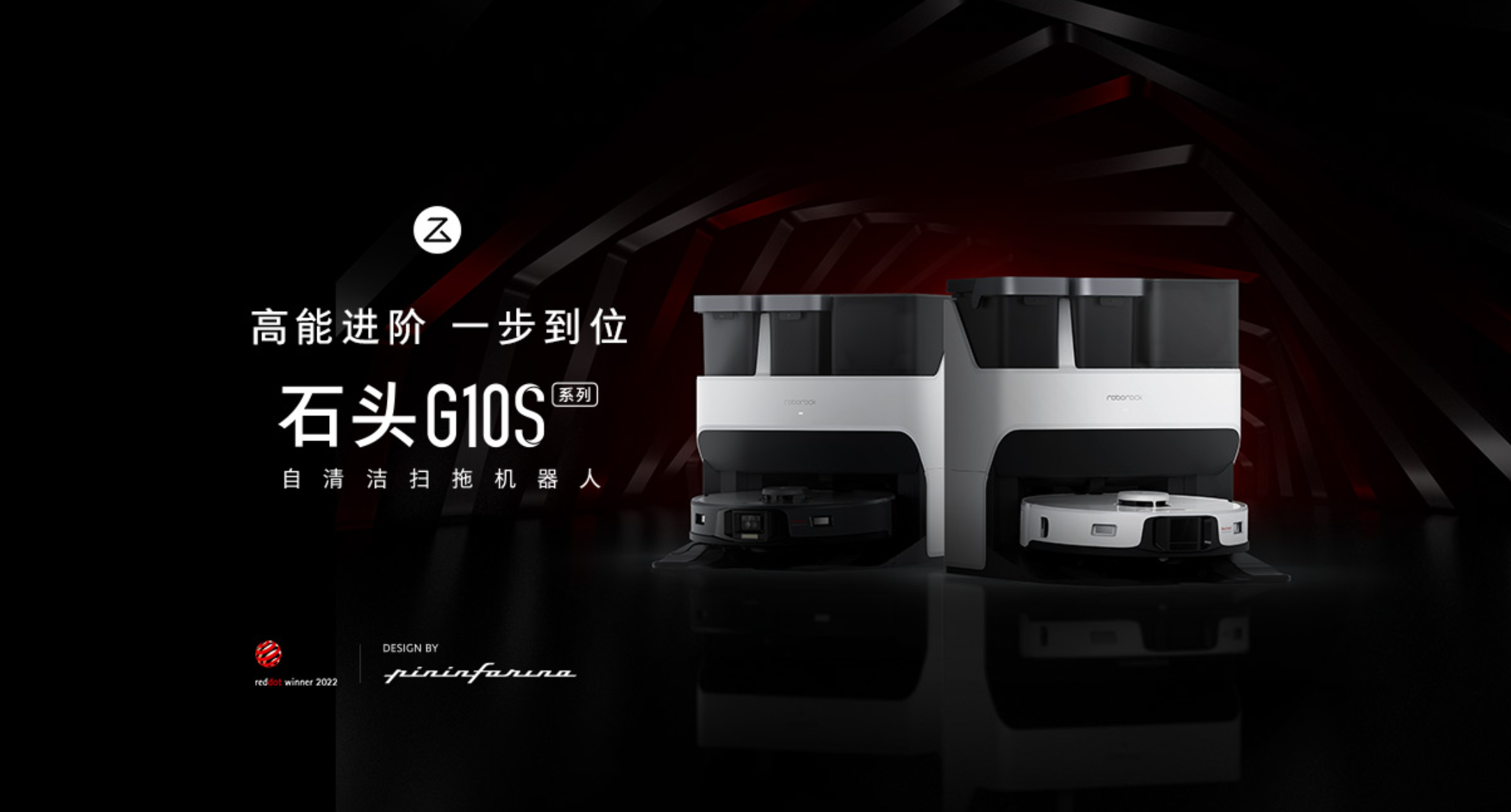 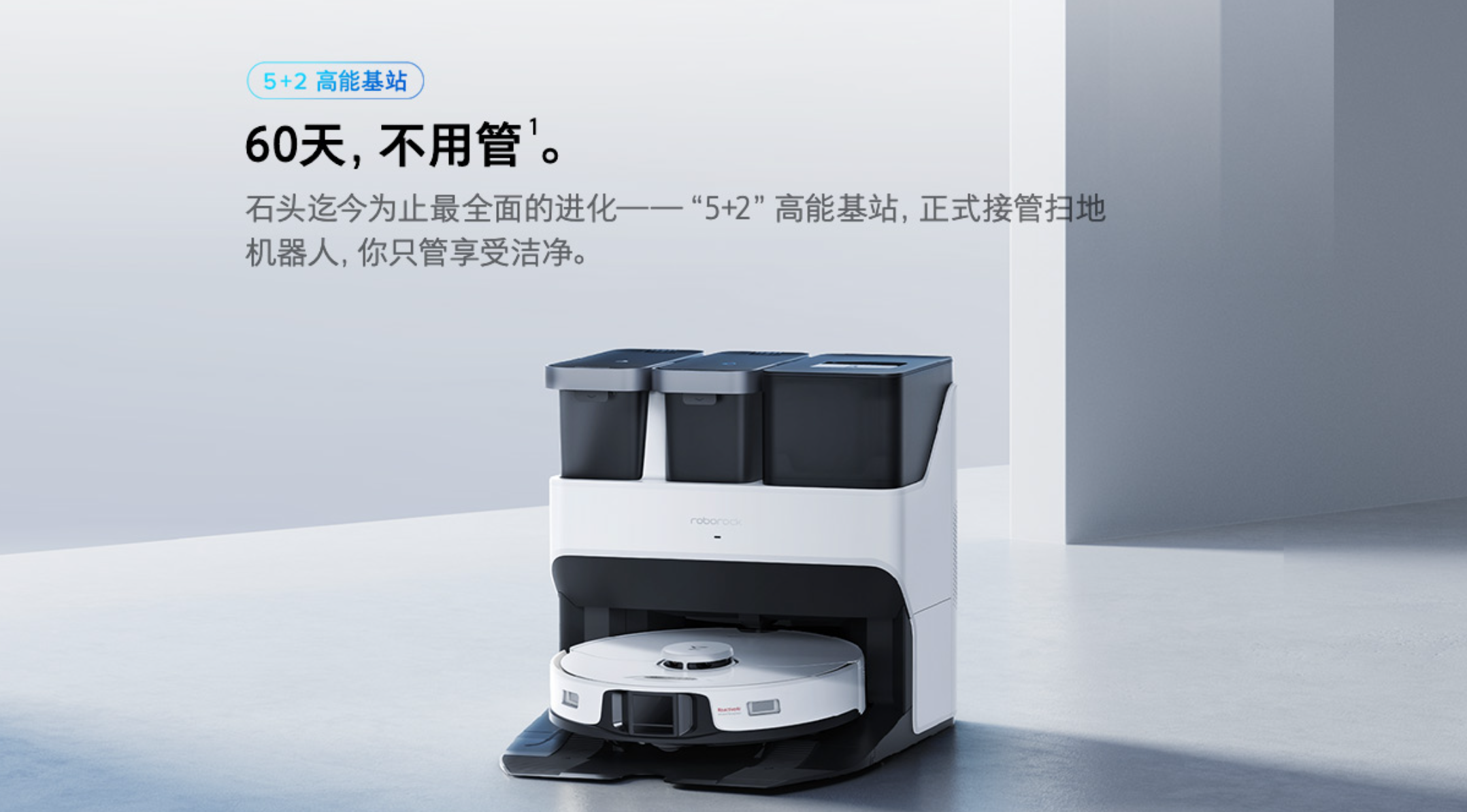 This means that when your sweeping and mopping robot is working, you can basically lie down on the sofa without doing anything, and a seven-in-one base station can help you complete all the cleaning and tidying work.

If the so-called “suture monsters” can make human life so convenient, then I hope there will be more and more suture monsters on the market.

As the flagship product of Roborock Technology, it is also at the end of the hardware. Let’s first look at the specific configuration of the Roborock self-cleaning sweeping and mopping robot G10S (hereinafter referred to as Roborock G10S):

The top-of-the-line products are usually large and luxurious in the outer packaging, and the Stone G10S is of course no exception. The packaging box is so large that it needs an adult strong man to hold it with both hands to move it. Girls should not try it alone. 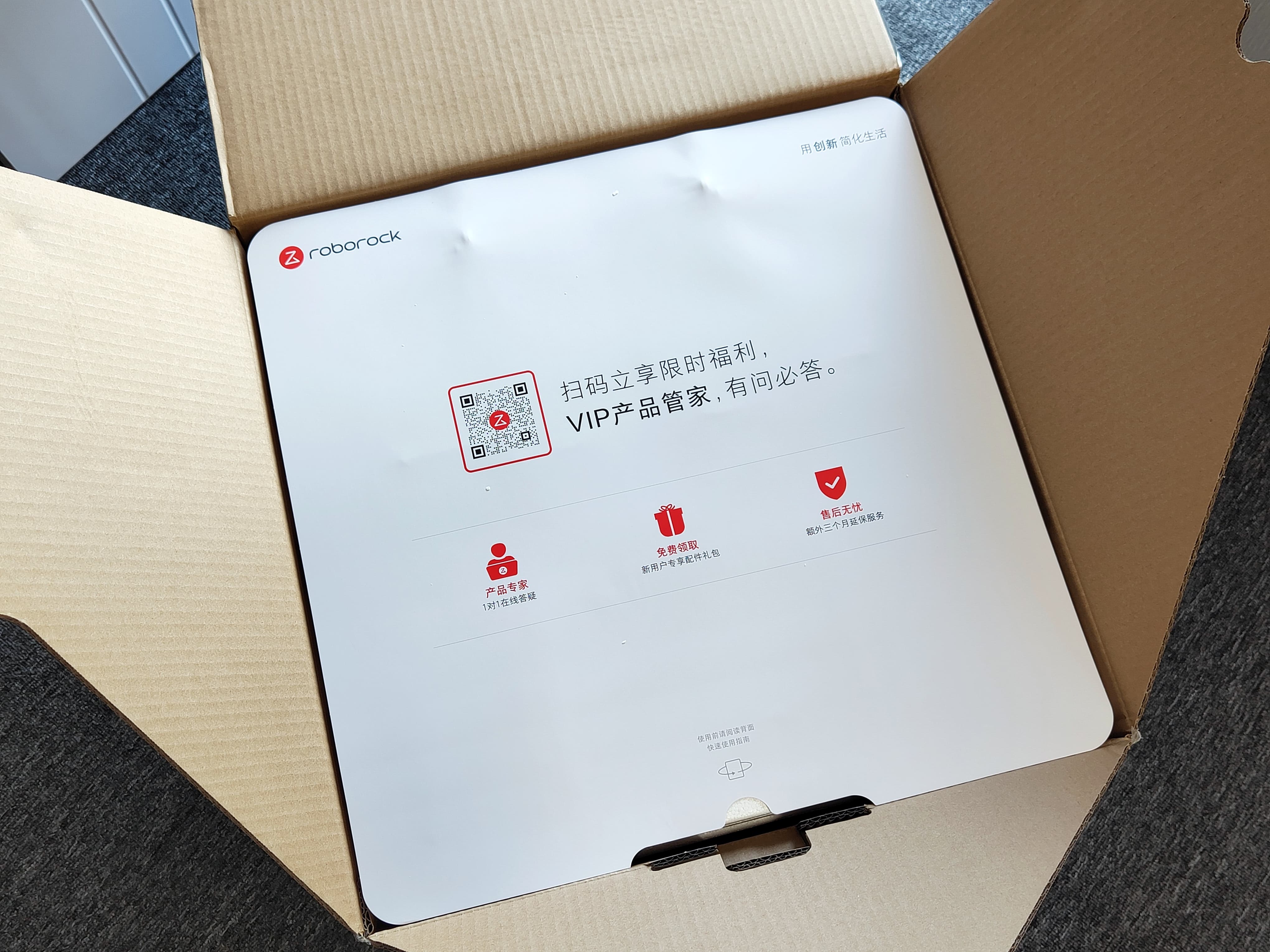 After unpacking layer by layer, Roborock G10S also adopts a three-layer design. The top layer is the installation manual and the ladder board of the base station, which is convenient for the robot to climb and enter when recharging and self-cleaning; the second layer is the robot host. , the one we received is a white model, and there is also a black model G10S Pro optional; the third layer is a self-cleaning dust collecting and charging base. Compared with the stone product base station we saw before, the G10S belongs to the flagship and has Washing mop, replenishing water, self-cleaning base station and other functions, so the volume becomes very large, the size is 422 × 492 × 420mm, which is the main reason why its packaging box is so large. 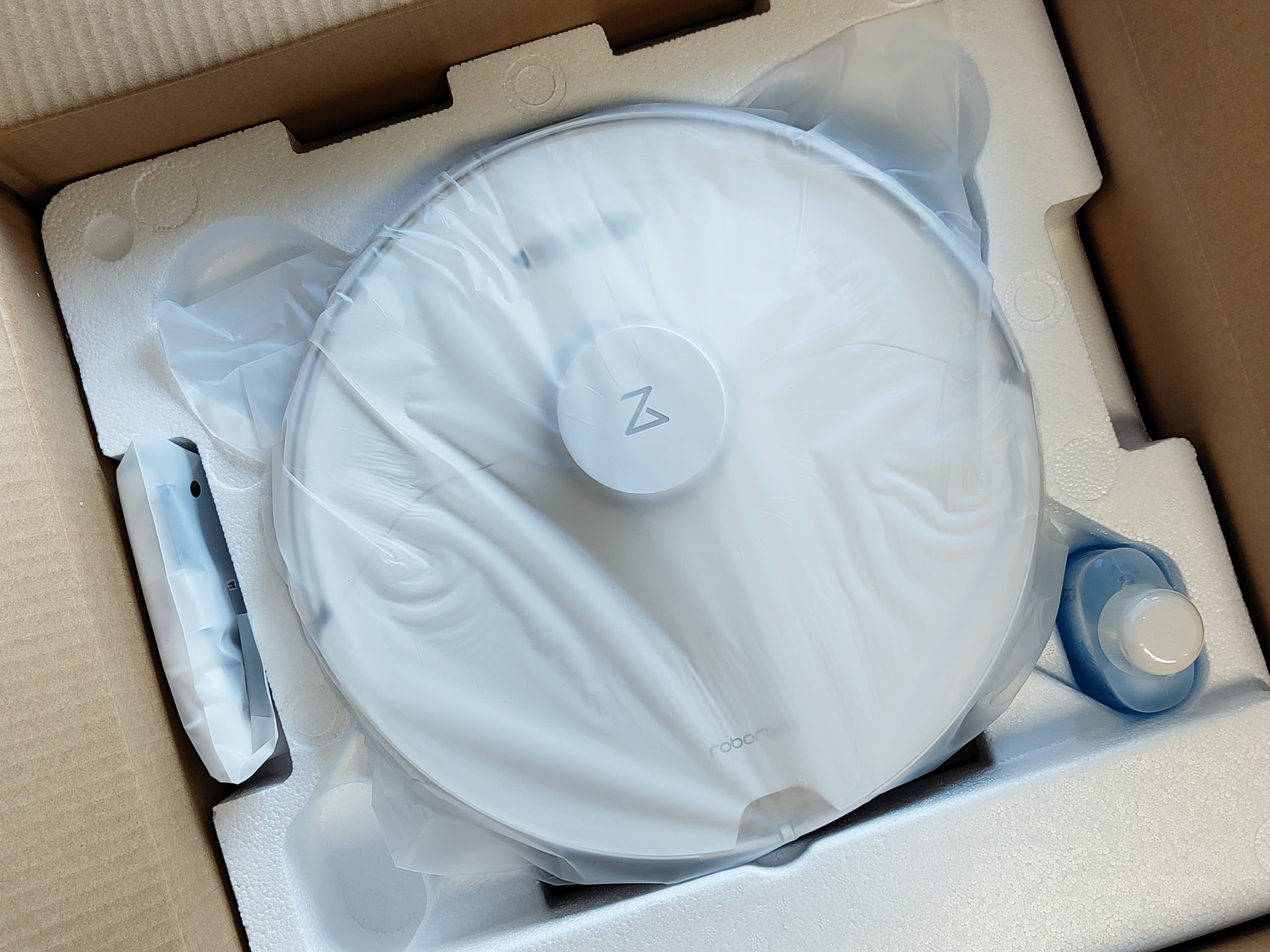 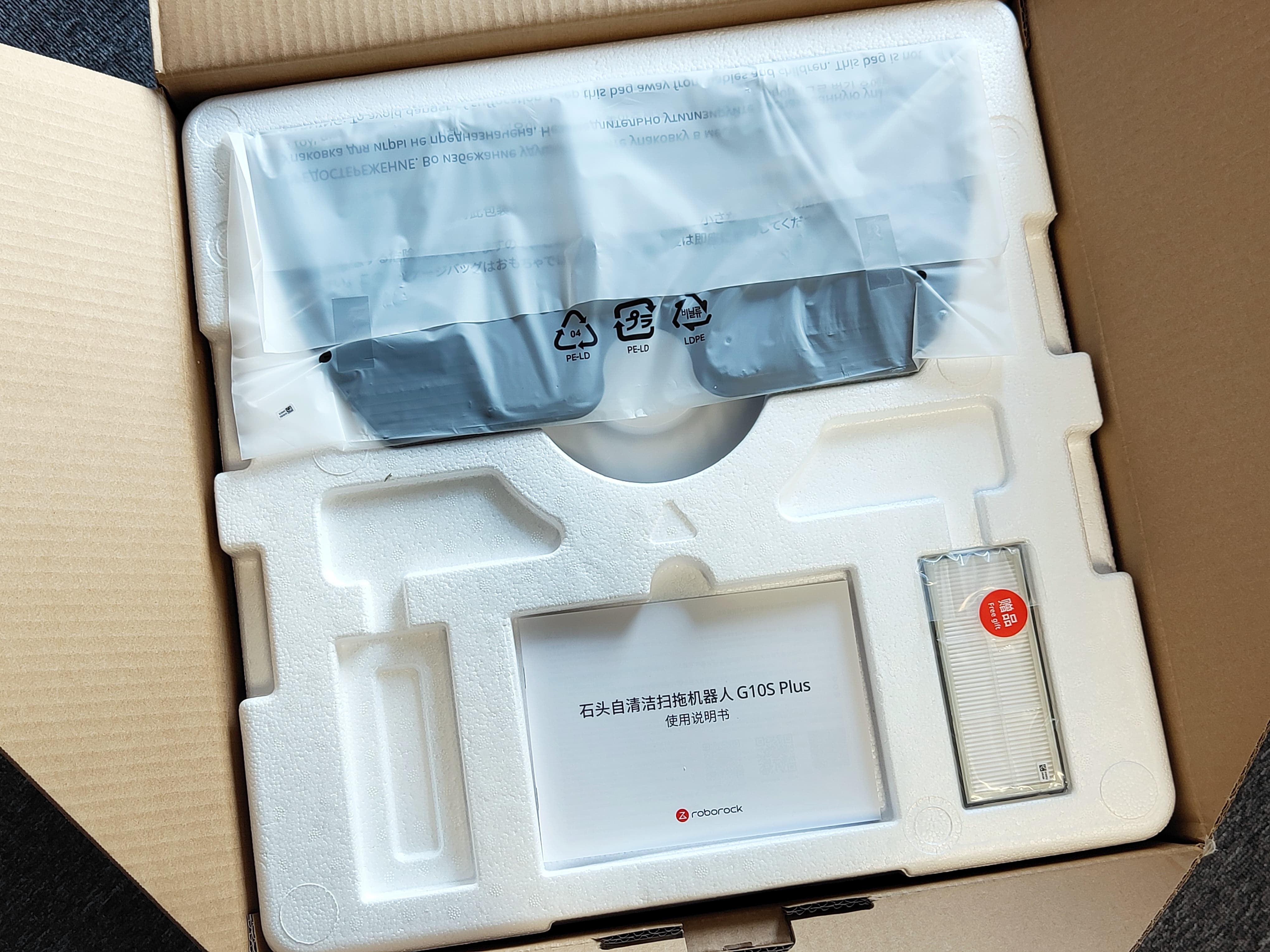 In addition to these three big things, at the opening of the foam packaging, Stone also just used these spaces to stuff things such as a mop holder, a disposable dust bag, a power cord, a washable filter on the top, and a flat 200mL floor as a gift. A variety of accessories such as cleaning liquid, although the overall box looks large, but it also uses refined space, which shows the seriousness of the product.

On the main unit, the G10S at hand has the most advanced navigation and obstacle avoidance technology. You can even see the addition of AI 3D structured light on the sweeping robot. You must know how many high-end flagship machines are only using a simple plane scan to unlock the face. , but on a sweeping robot, you can see the same 3D structured light used by Apple, and its cost will naturally increase significantly, but it does bring a better product experience. 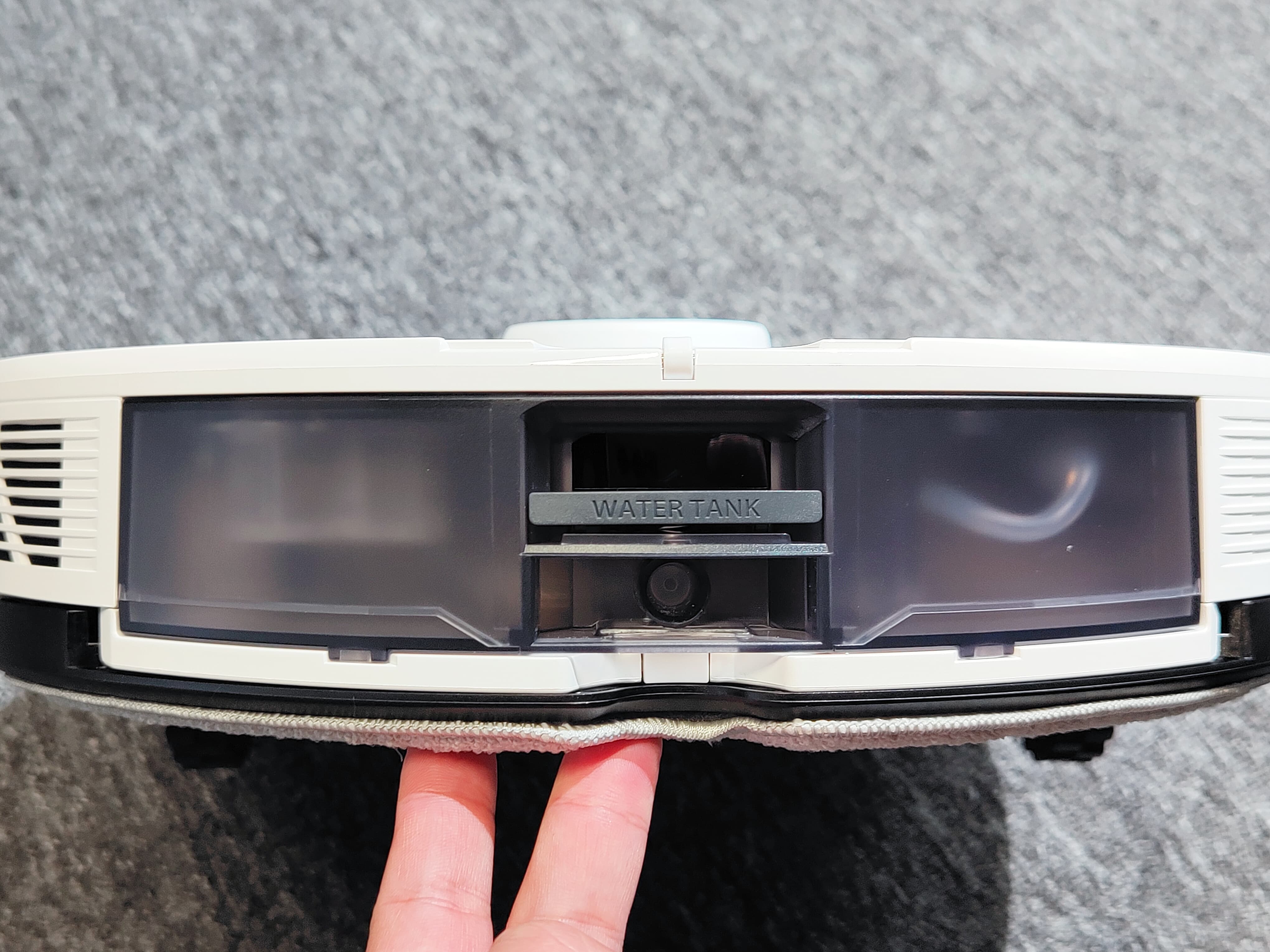 The suction power of G10S reaches 5100Pa, the dust box capacity is 400mL, and it has the function of sonic vibration mopping the floor, the frequency is 3000 times per minute, and supports automatic backwashing of the mop, automatic water loading and unloading, and automatic water tank replenishment. In short, mopping the floor This matter, the Stone G10S can solve it all by itself, without you needing to perform any operations manually, which maximizes the “lazy”.

Moreover, if you are in the south and are worried that the mop will get moldy when you return to the south, you can also buy a drying set separately, and the drying at 45° can be carried out for 2 hours, so you have no worries. 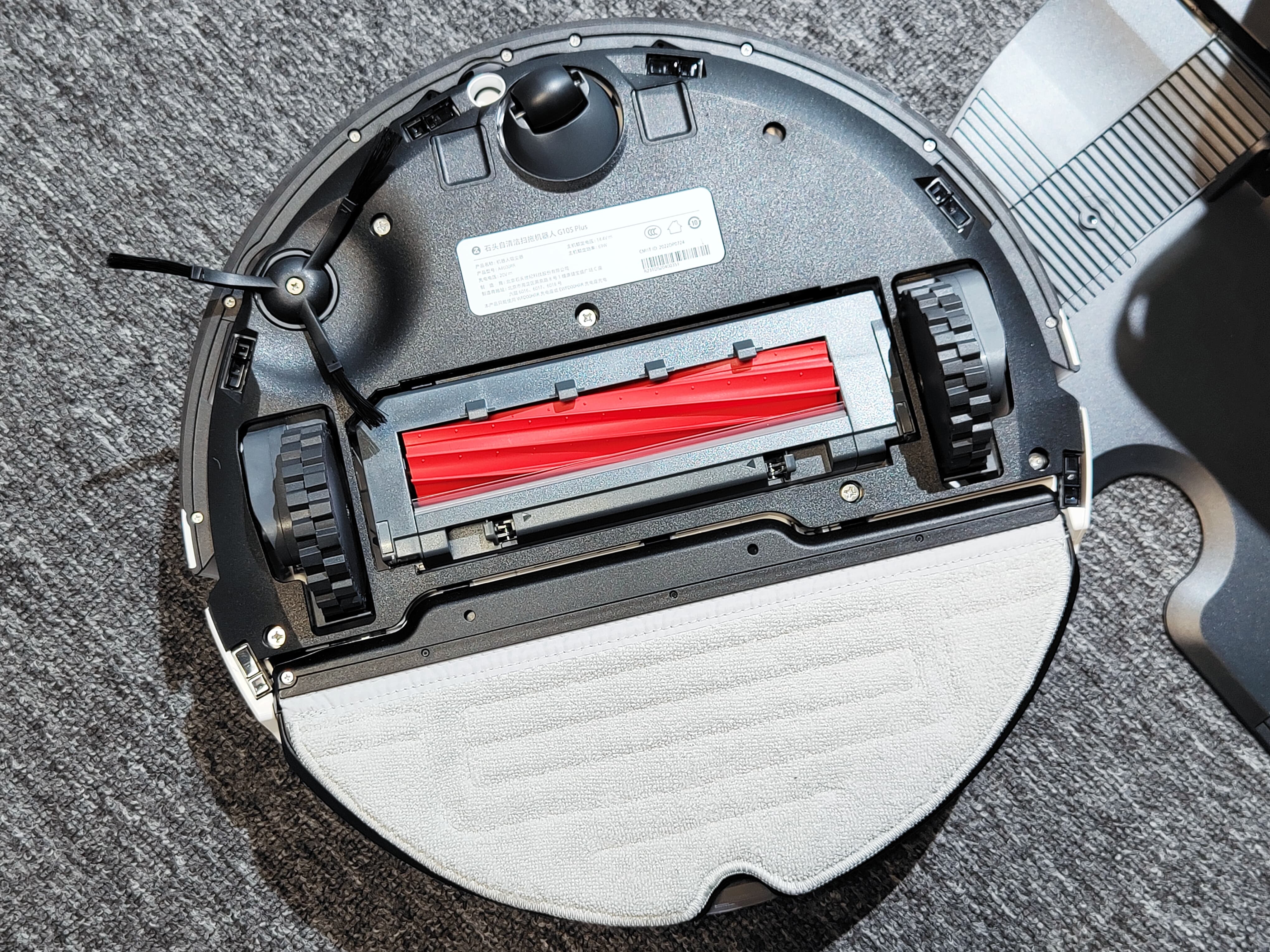 As for the base station part, because the function of the Stone G10S is too powerful, its base station is also the largest in volume. , you can understand at a glance, clear and intuitive. 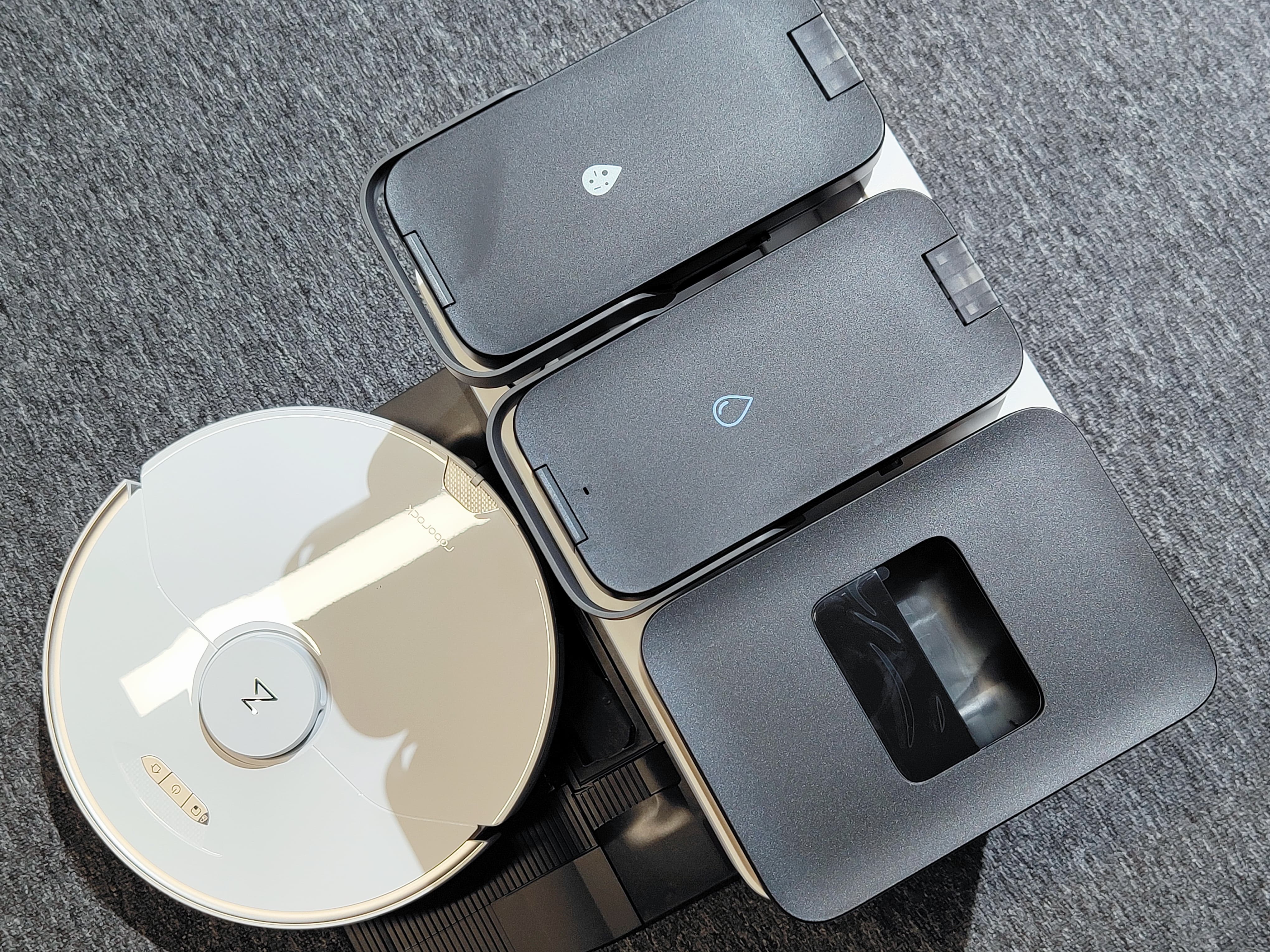 In terms of capacity, the clean water tank is 3L, the sewage tank is 2.5L, and the dust collector can be used for 60 days without taking out garbage, and the base station also has an automatic antibacterial function during the entire use process, even if there are children at home. Safety is also guaranteed, and the details are very thoughtful. 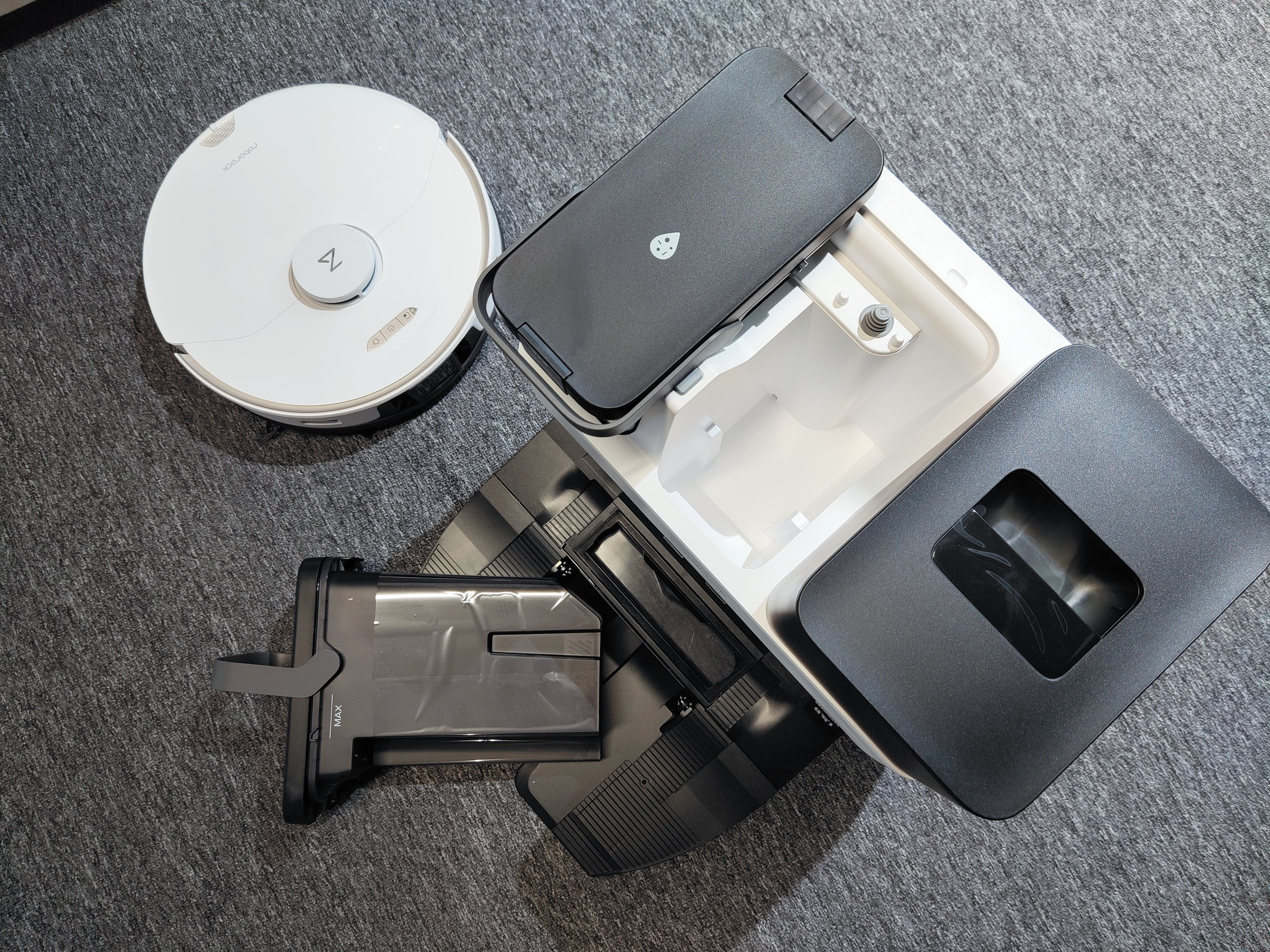 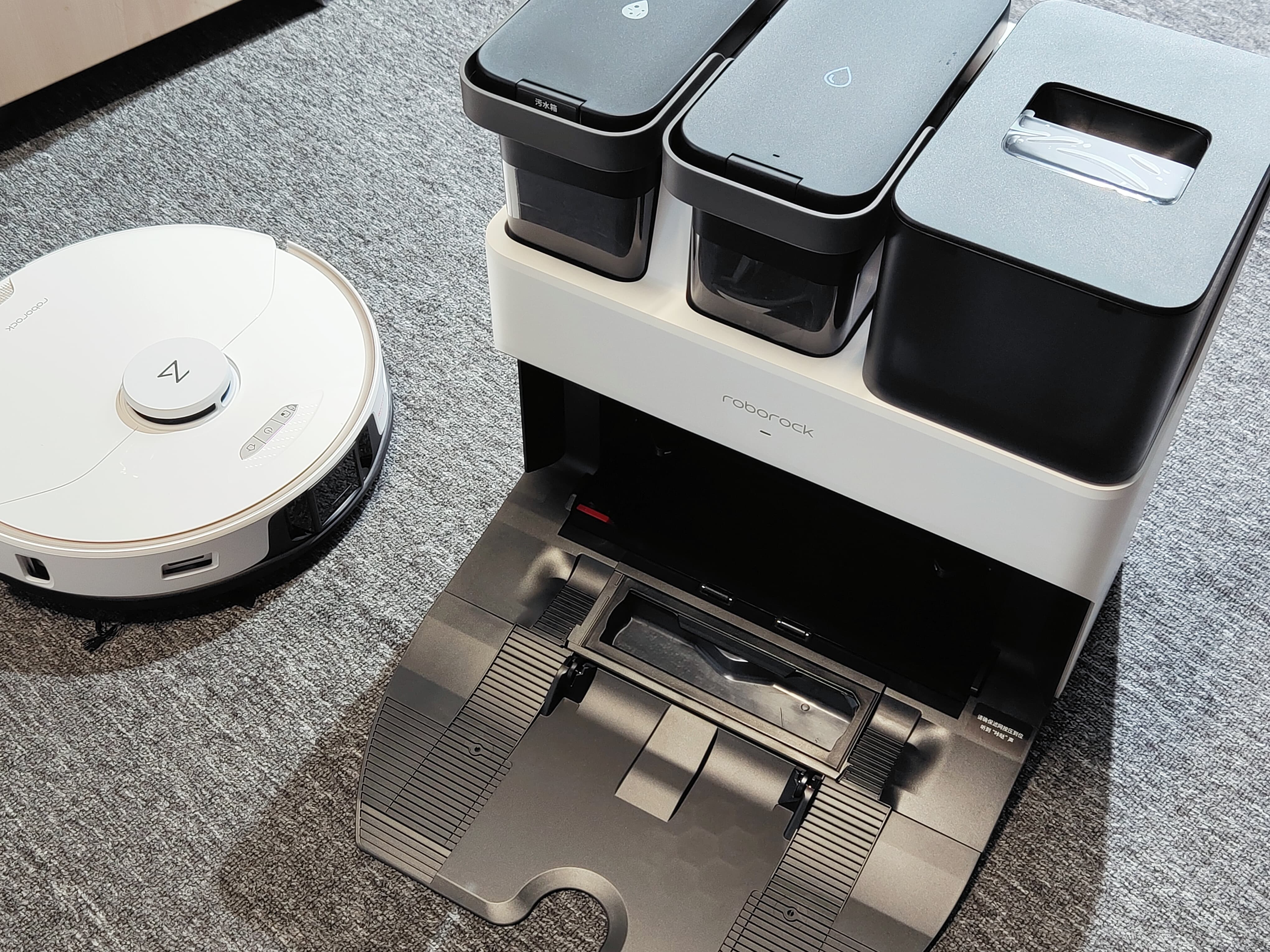 In terms of product use, the Roborock G10S is the same as the previous product, but the host itself already has a relatively complete user experience, but if you want to finely customize the use environment, you still need to download the official application Roborock, after selecting 2.4G WIFI It can be paired with G10S.

In addition to the regular sweeping suction and mopping strength adjustment that can be seen, the G10S has a separate “base” button on the options because of the multiple functions of the base station. After clicking, you can see that it can be selected for dust collection or The operation of washing cloth, and in the setting menu, these two functions can be further adjusted precisely, such as washing time, washing mode, whether automatic dust collection and dust collection mode, etc. It is already ahead of its time, and the Stone G10S has also achieved the ability to be more advanced than others. This is not only more convenient for users to use, but also greatly increases the service life of the product. Even if other companies launch similar products in the future, then The Stone G10S is also still the leader.

Other functions are common functions of stone products. Personally, the most powerful one is the construction of the map. It can be said that no matter how complicated the environment is, after the robot runs the map again, it can also draw a picture that completely matches the time. The model diagram of the indoor situation, in addition, the robot can recognize and avoid obstacles according to ReactiveAI. The addition of this highlight function always makes me feel that the Stone G10S has a soul. It can not only see the environment in my house clearly, but also know those The positions are what it should clean and which positions it should avoid. 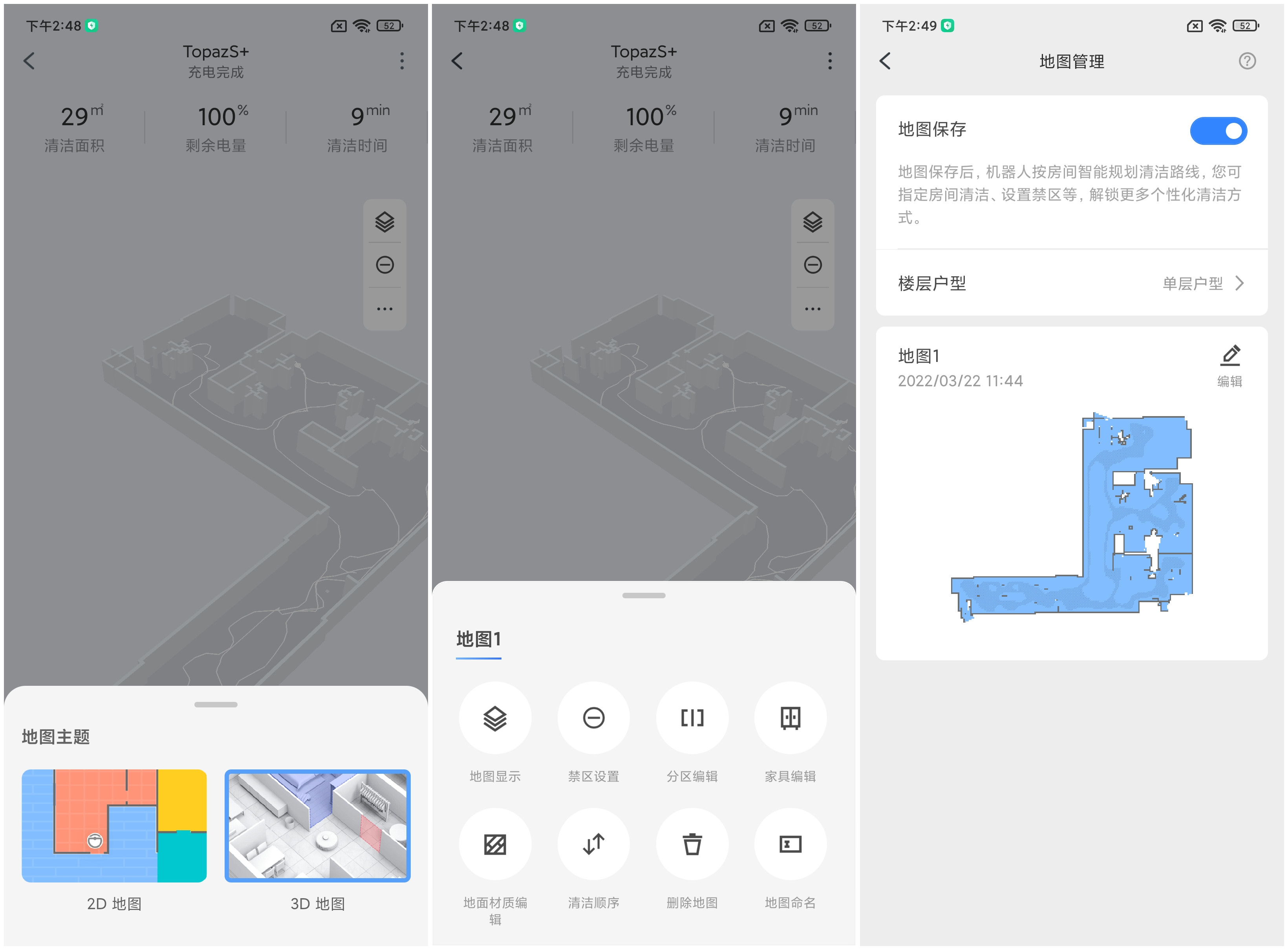 Now we see this function as a matter of course, but to achieve such a level, it is not only the progress of technology, but also how many product researches manufacturers need to pass to do it. The difficulty is that we, as users, cannot imagine of.

The functions of obstacle avoidance, cleaning and mopping have actually been evaluated in detail in the previous Stone products. Stone G10S is the latest flagship product of Stone Technology, with AI 3D structured light, 5100Pa high suction, 3000 per minute The number of times of vibration and wiping far exceeds the previous products, so there is definitely no problem in the face of daily cleaning, and the multi-functional base station that the Roborock G10S mainly focuses on this time, so I will focus on trying its functions. sex.

The first is dust collection. After the whole house is cleaned, Roborock G10S will automatically return to the base station for dust collection work. Let’s watch the demo video: 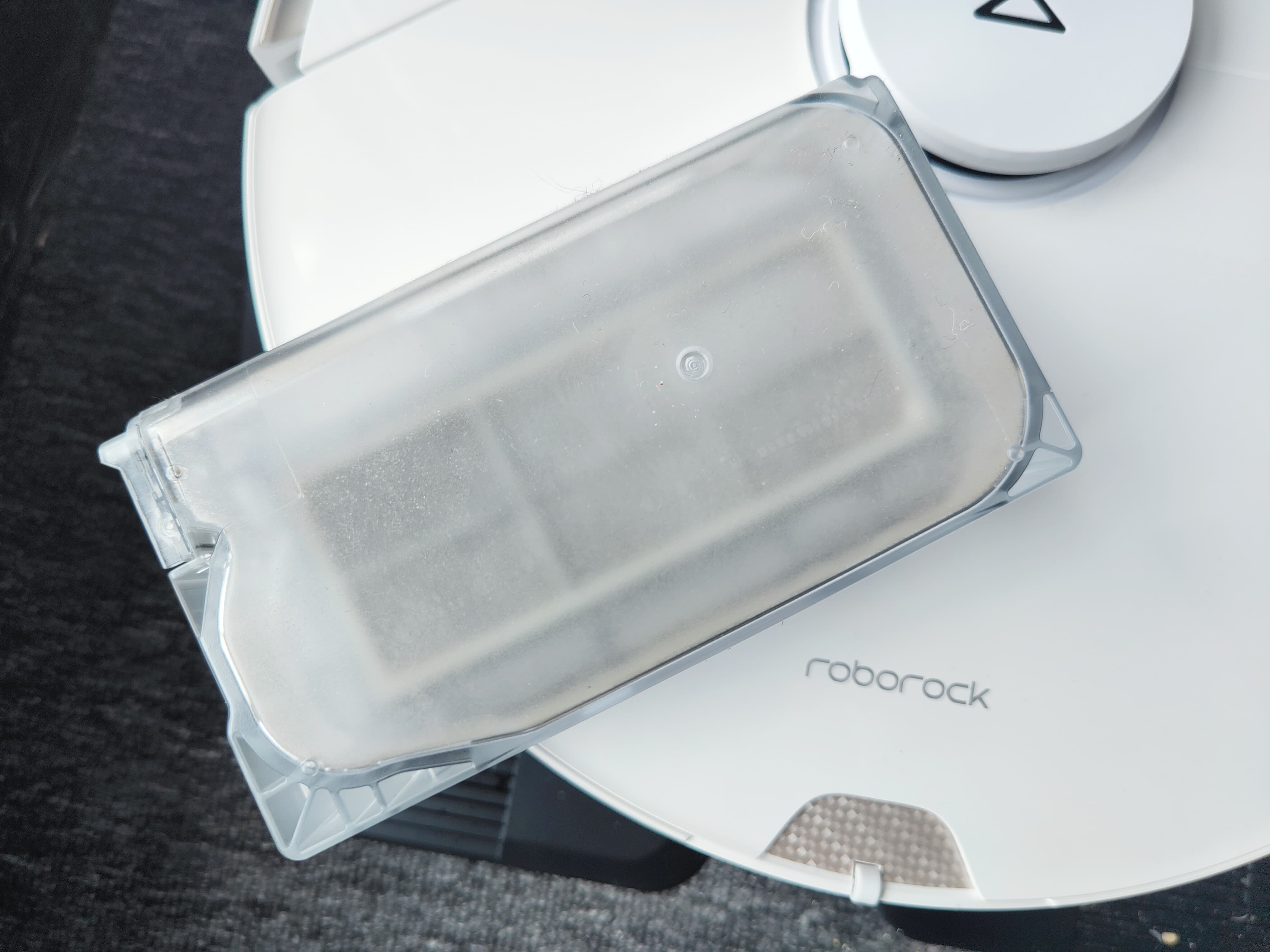 Because the garbage in the dust box is to be sucked into the dust box, the noise during work will be a bit loud, and everyone should pay attention to this when using it, but the effect in exchange is also remarkable, that is, the bottom of the robot. The dust box will be very clean.

The second is the self-cleaning of the mop. Because our office is carpeted, we did not perform the mopping test. The dirty part of the mop was because I artificially sprinkled a little mud, which looked very dirty. After cleaning, you get a very clean mop. 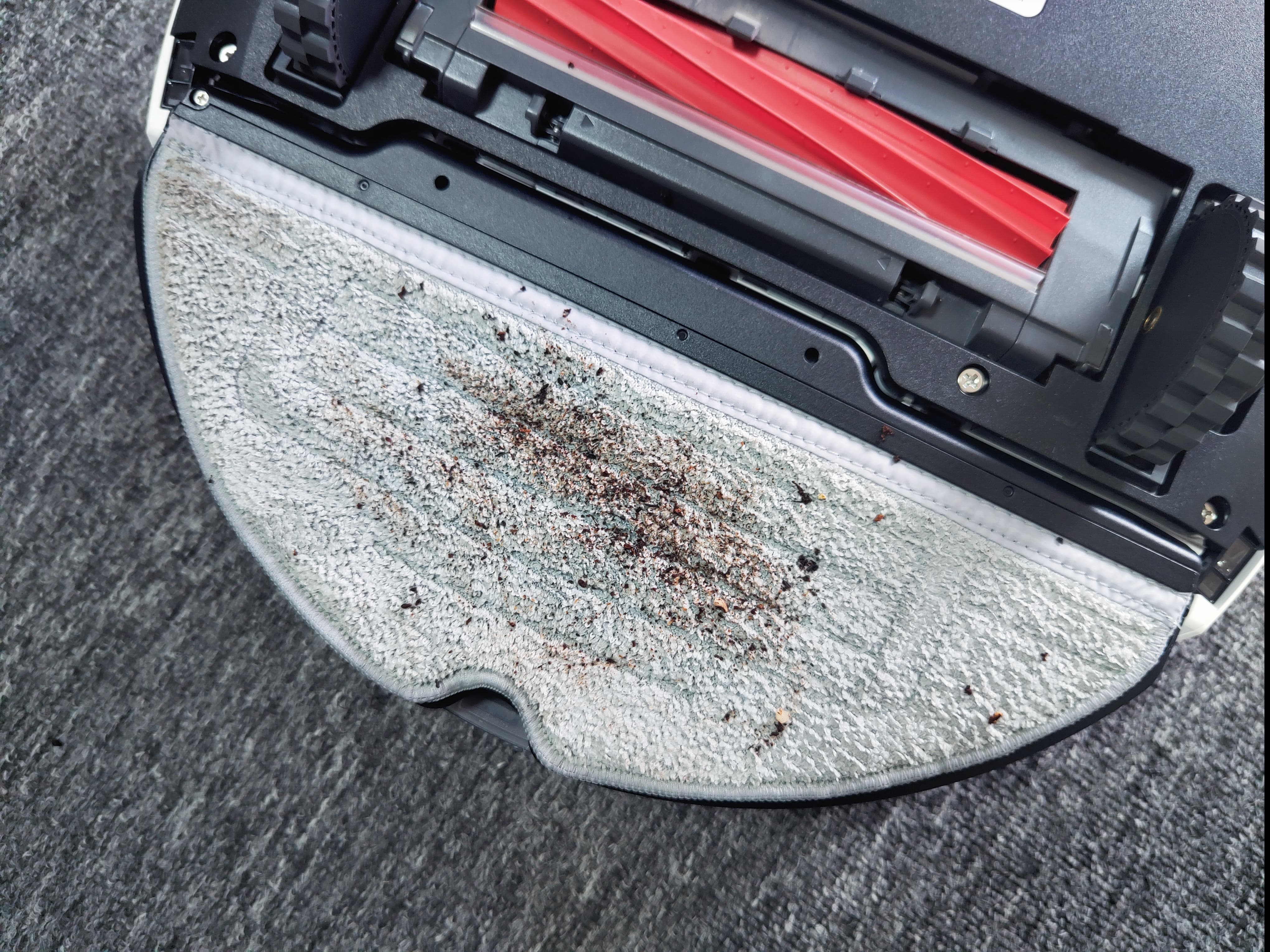 The above two functions seem very useful, right? At this time, please recall that we only moved our fingers in such a practical function, and only one power cord needs to be inserted during the installation of the G10S.

The convenience of technology is that people can’t feel its existence, and the G10S achieves this perfectly.

There are often flagship models on mobile phones, which are sold as the main products of the owner, and there are also sweeping robots, but it is not just as simple as selling products. As a masterpiece of its own products, it integrates all the practical and easy-to-use technologies. , incarnated in a product, this is the Stone G10S. 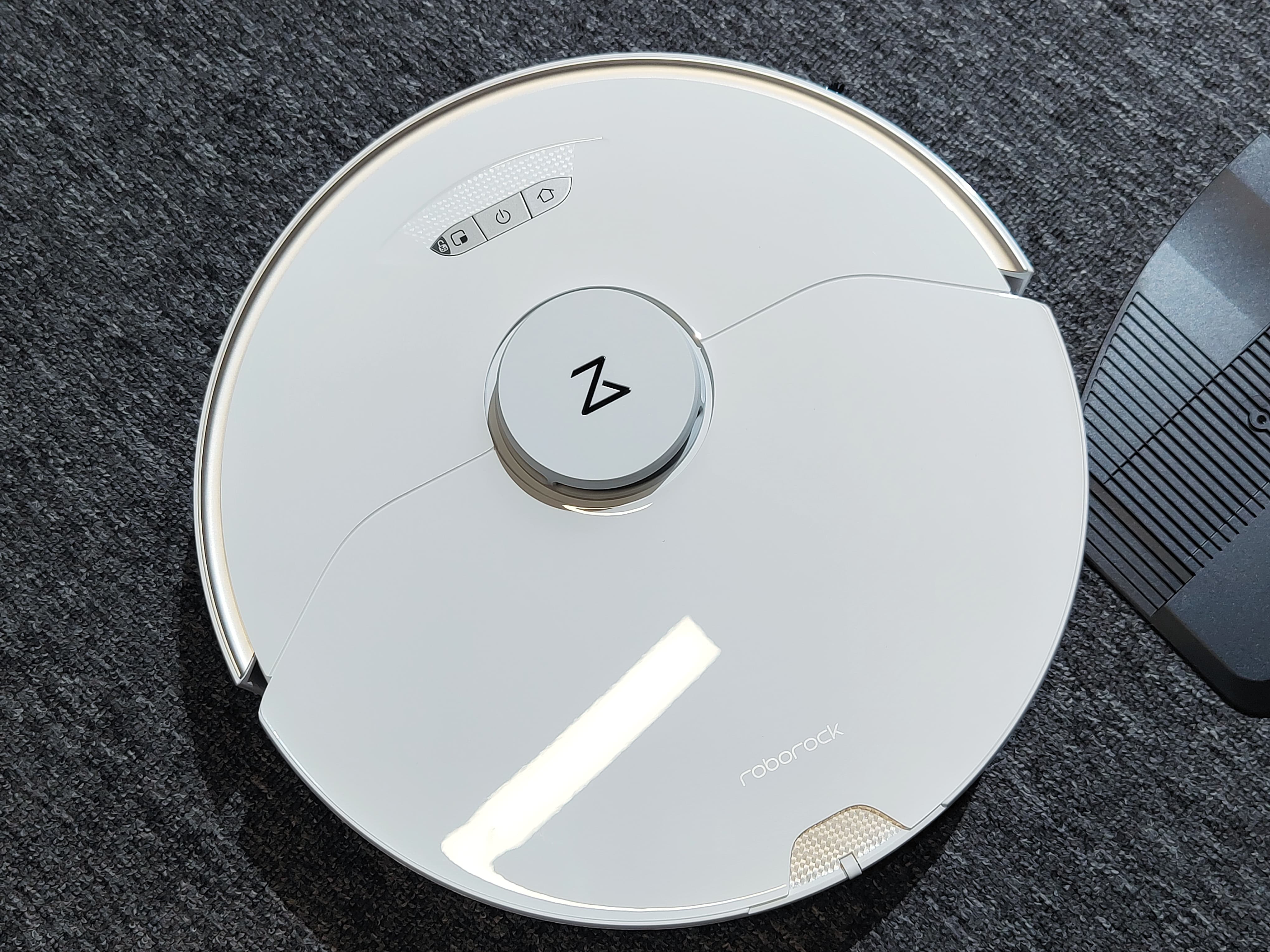 Flagship products are usually used to increase brand positioning, brand line and price. As the blockbuster flagship launched by Stone Technology this year, the price of 4799 yuan makes me see that the product is more popular with the public. life, allowing the public to enjoy the convenience brought by smart home, presumably this is also the direction that Stone Technology has been working on in recent years.

The first sale of Tecno Phantom X2 will start from today, know the price and offers