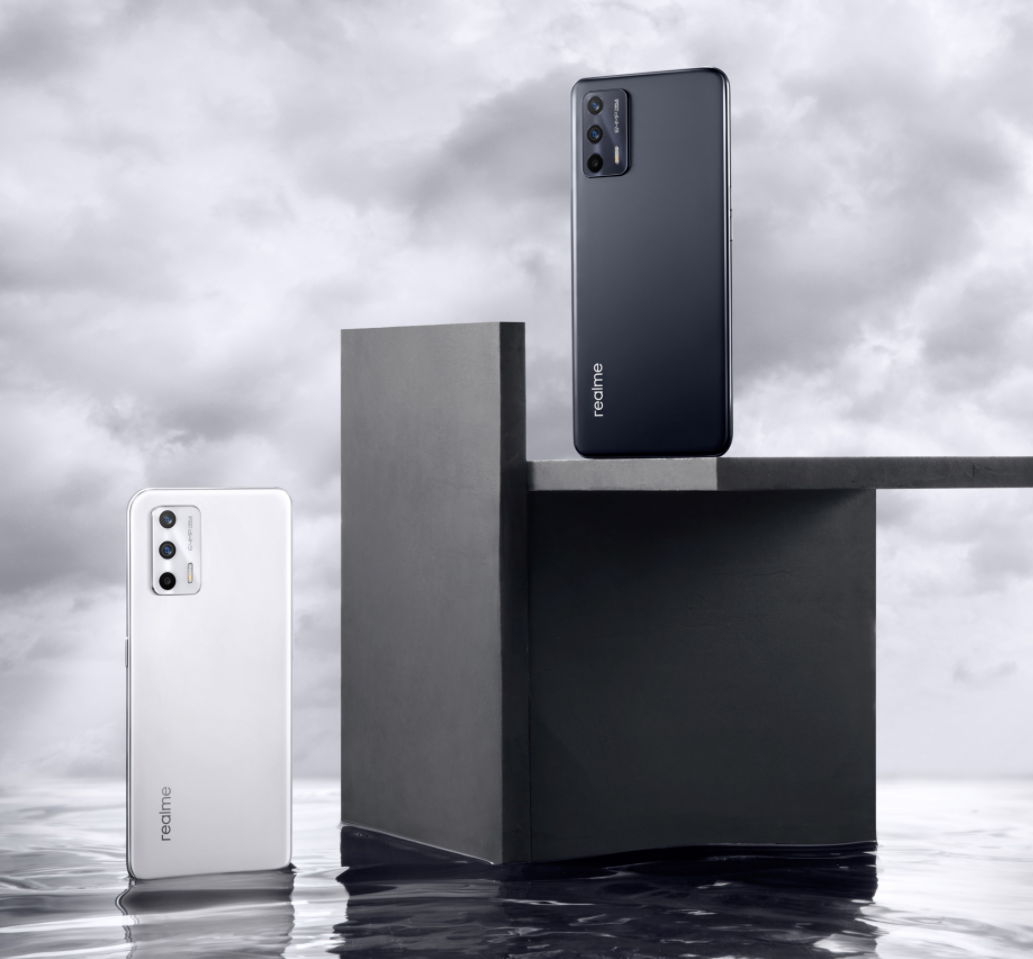 Some people may have the same idea as me, the name looks like a nesting doll, and the two mobile phones can be released together on the timeline, why wait a month for another one?

But after knowing that I personally touched and experienced the realme GT Neo2T mobile phone, I realized that its positioning is more important. First of all, Double Eleven has a wave of sales. Needless to say, everyone knows it. The price is more prominent, and the whole machine is very “moderate”, even if you choose hard, you can’t pick out any shortcomings in the configuration of this mobile phone, coupled with its cost-effective starting price, it can be said that this It is the killer that best matches the tonality of realme’s products.

The specific configuration parameters of realme GT Neo2T are as follows: 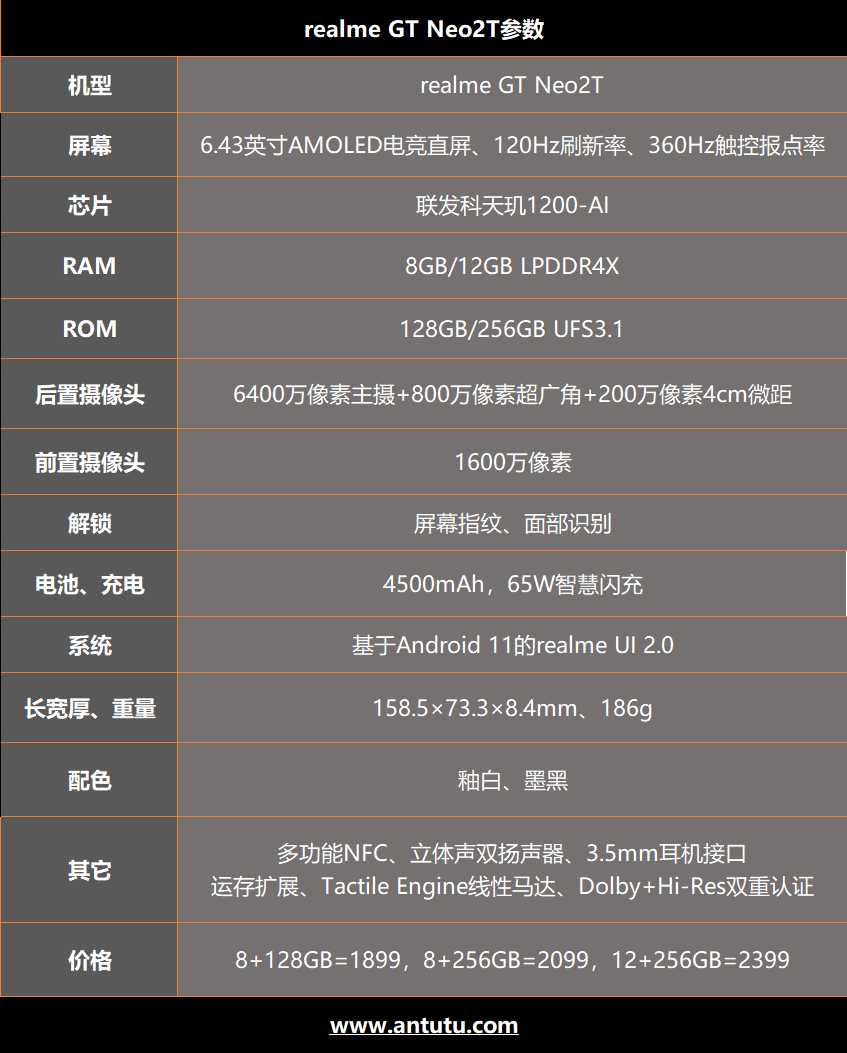 In terms of the packaging box, you can always trust the sincerity of realme. In the huge box, there are chargers, data cables, three-pack manuals and mobile phone cases. This is the reverse of the current environment dominated by “environmental protection”. trend. 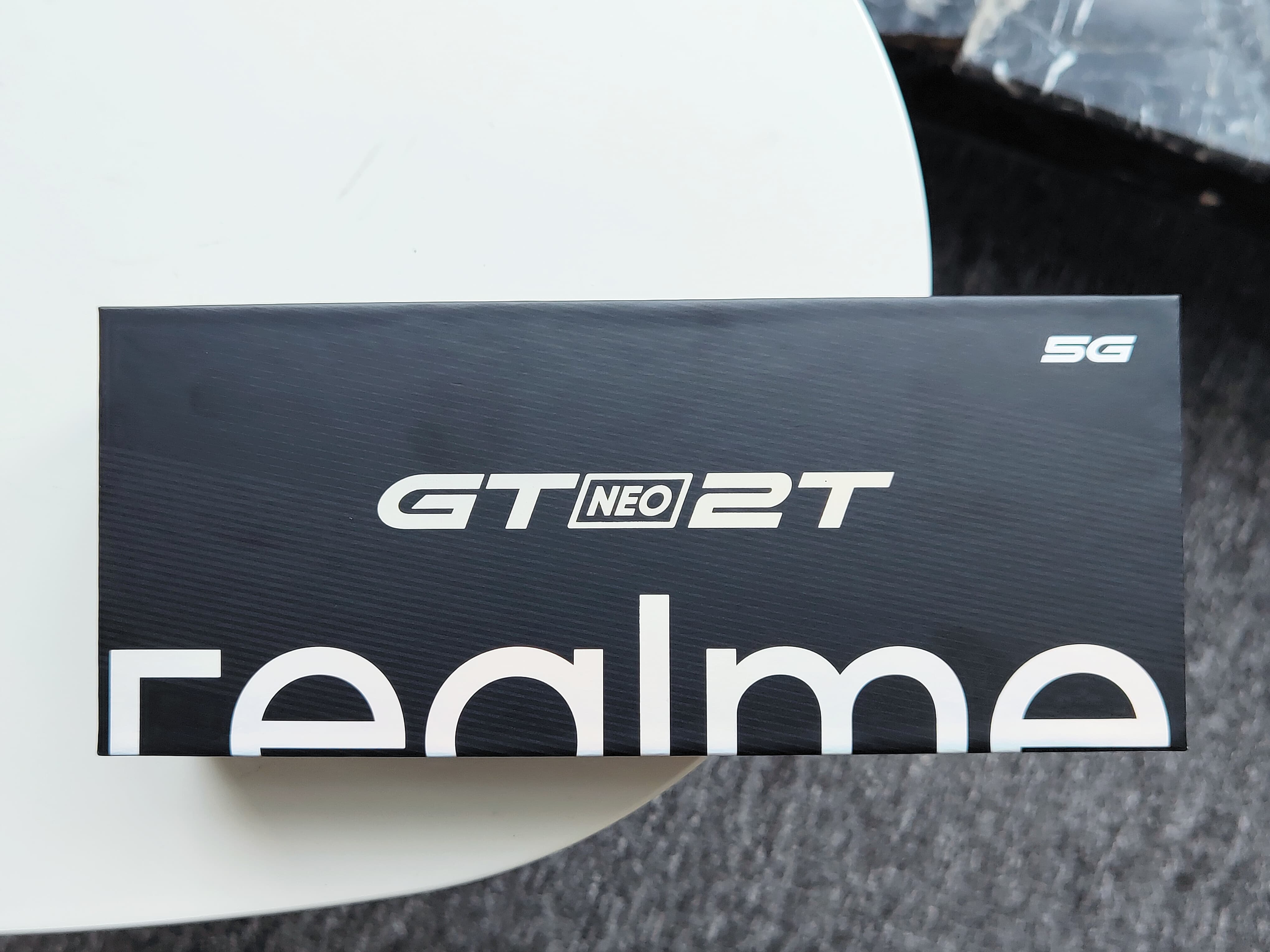 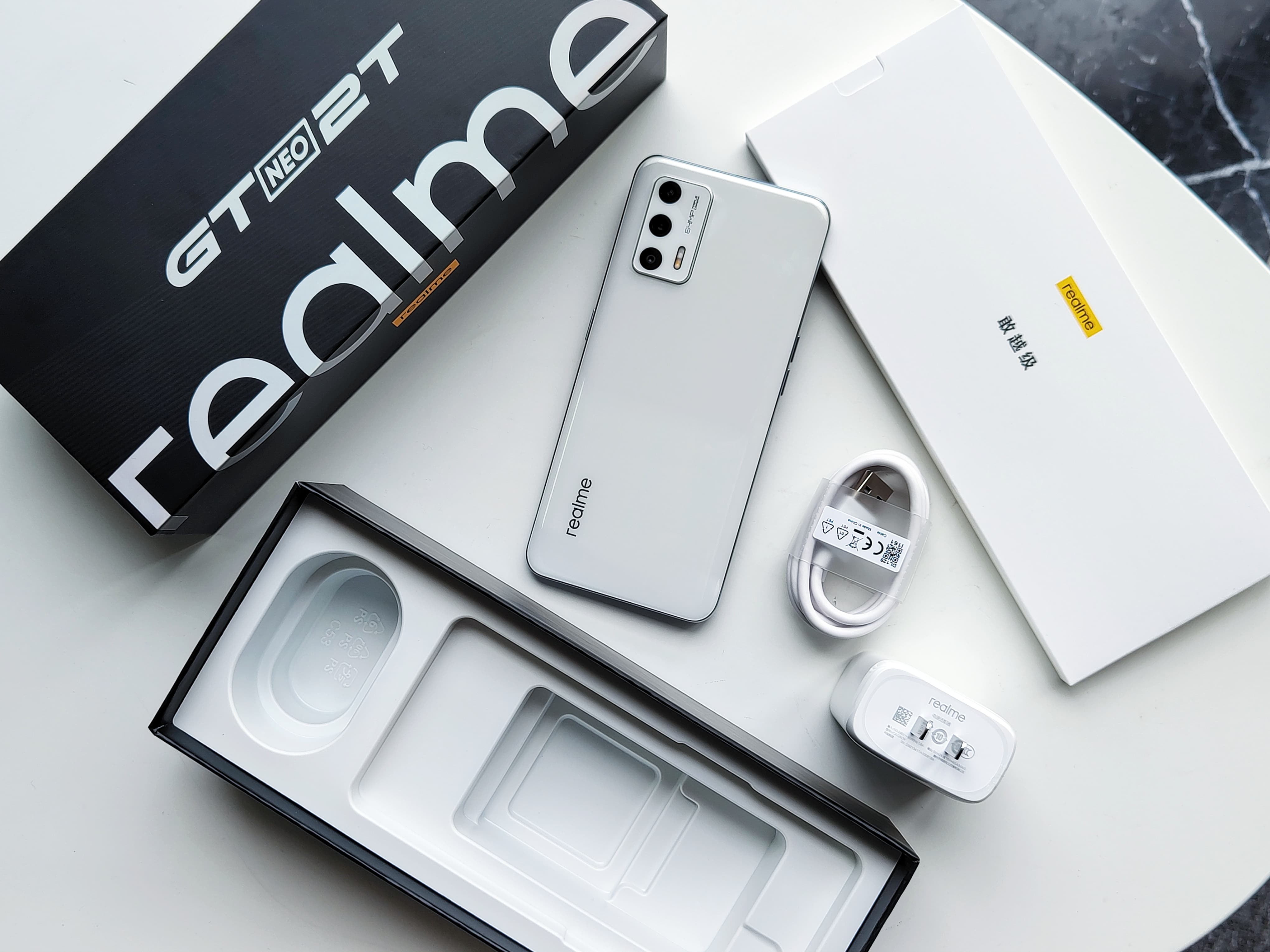 The opening of the front lens of the screen is in the upper left corner, and the width of the border of the chin part is also reasonably controlled. If measured from the price range, it is completely within the acceptable range. 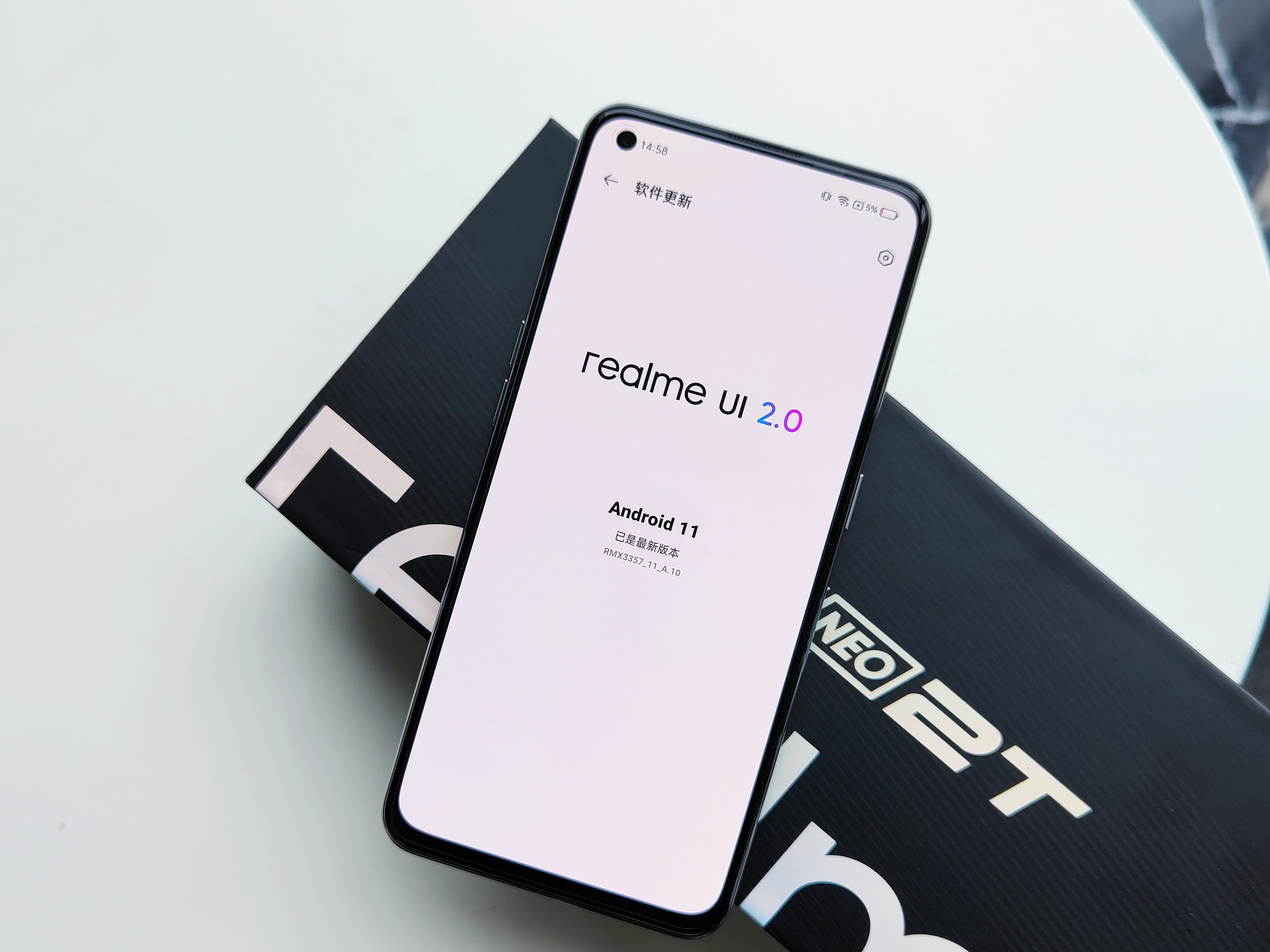 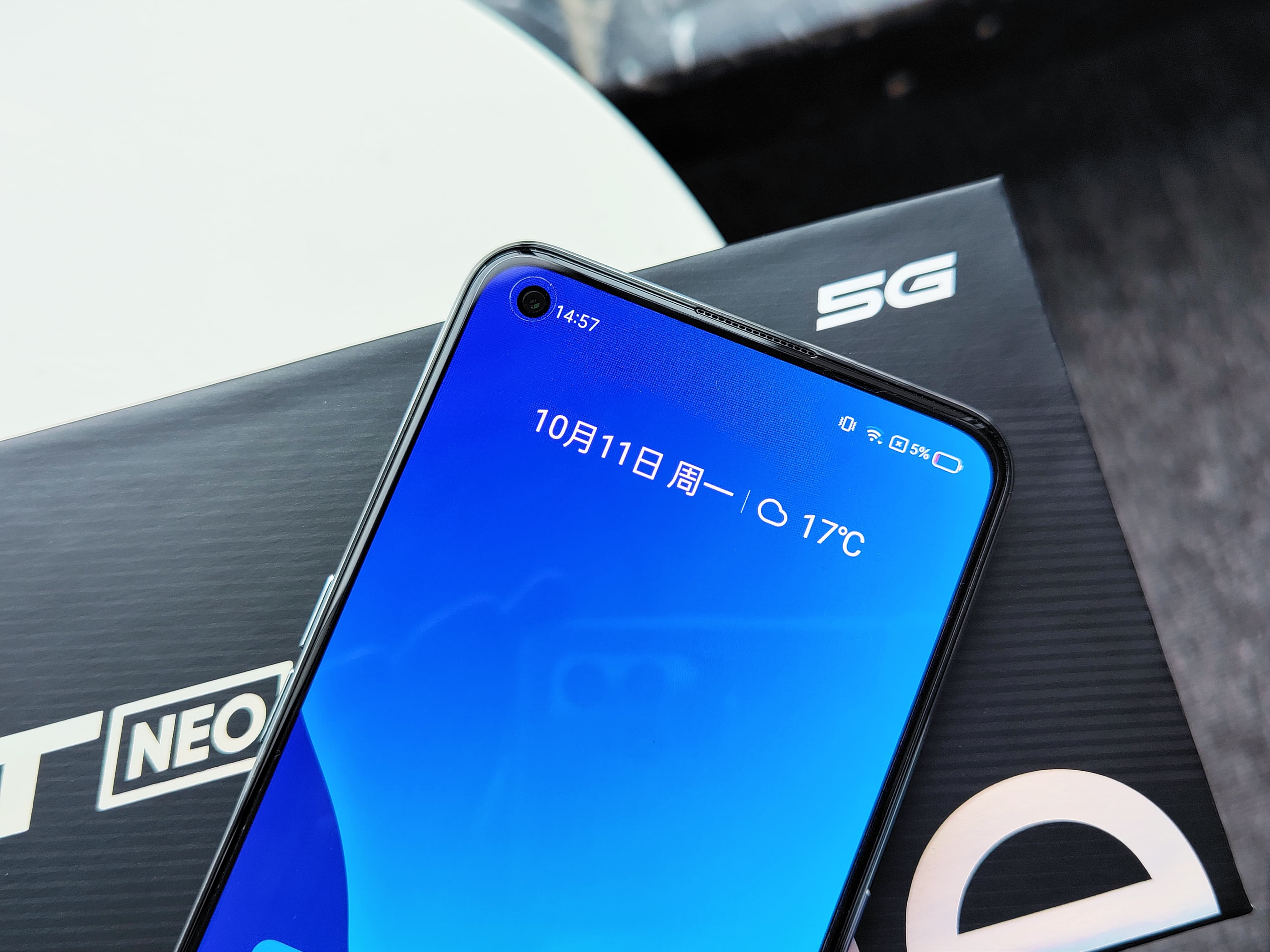 On the rear lens, the realme GT Neo2T uses a combination of three-camera lenses. The three lenses are a 64-megapixel main camera + 8-megapixel ultra-wide-angle + 2-megapixel 4cm macro lens to meet daily shooting needs. The color of the group also maintains the same black/white as the rear shell, and the entire rear shell of the fuselage looks very integrated. 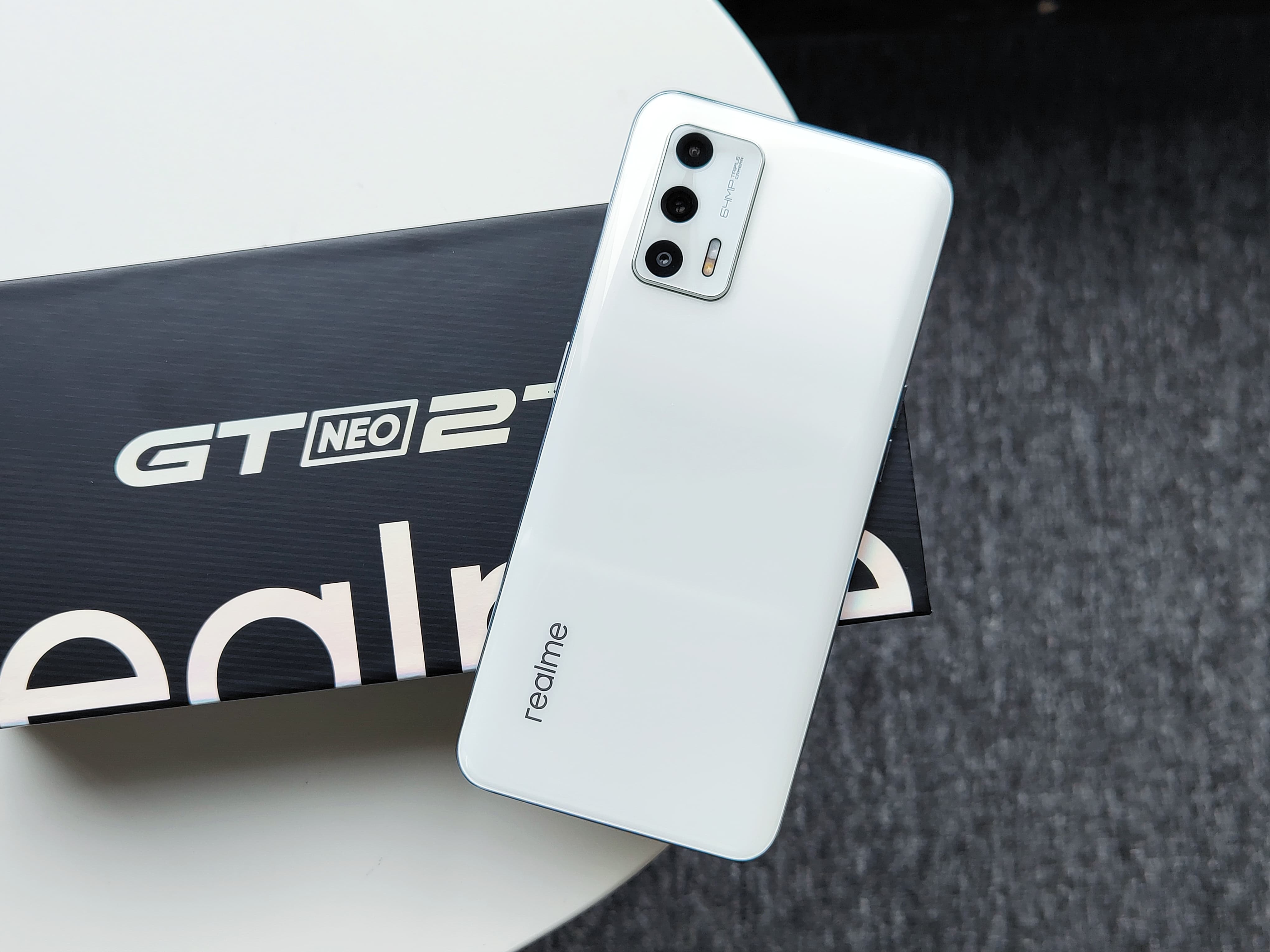 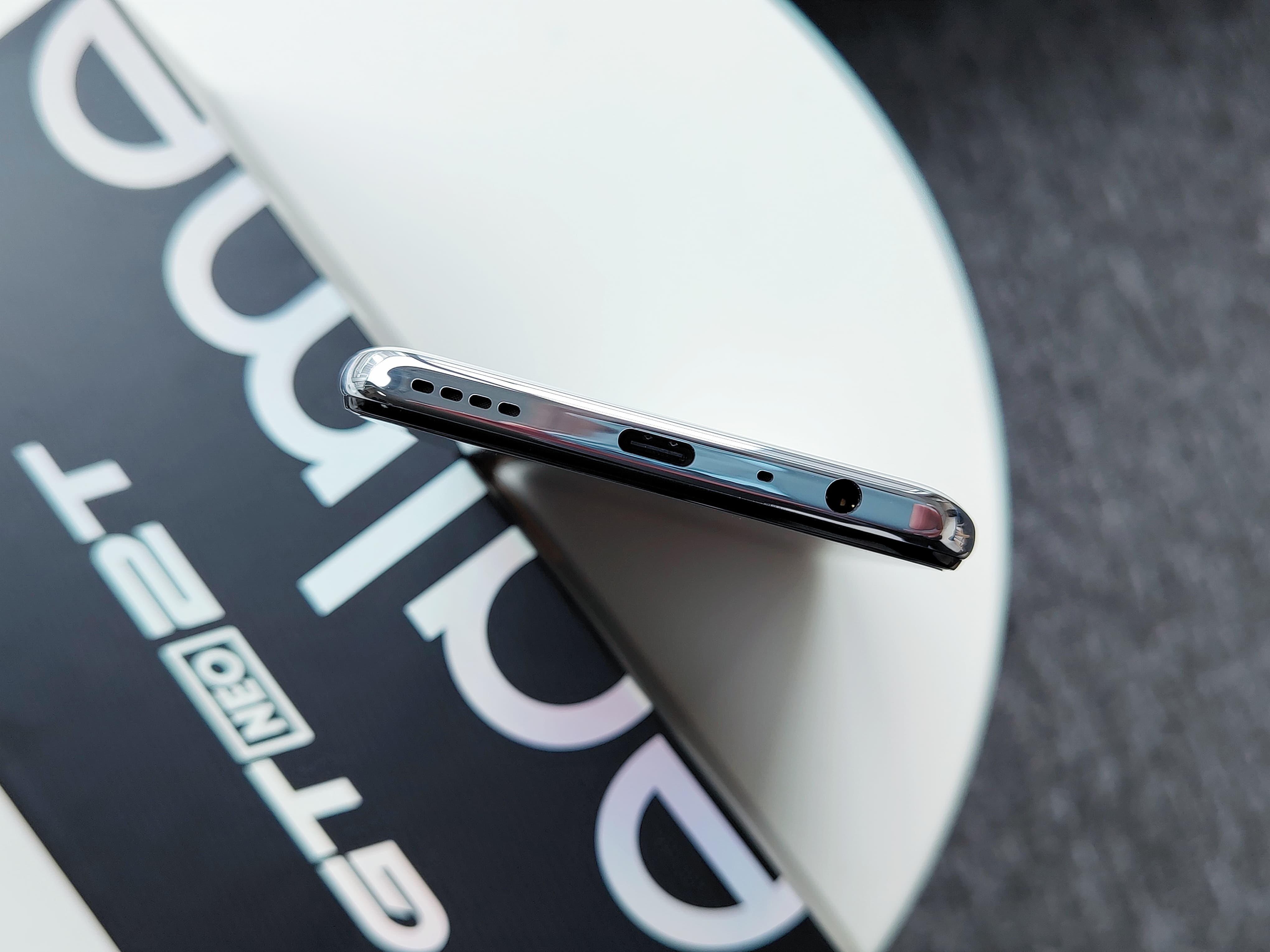 But it should be noted that it is only like ceramics, not ceramics, but in fact, it is very good to have such a pure white integrated color matching at this price range. 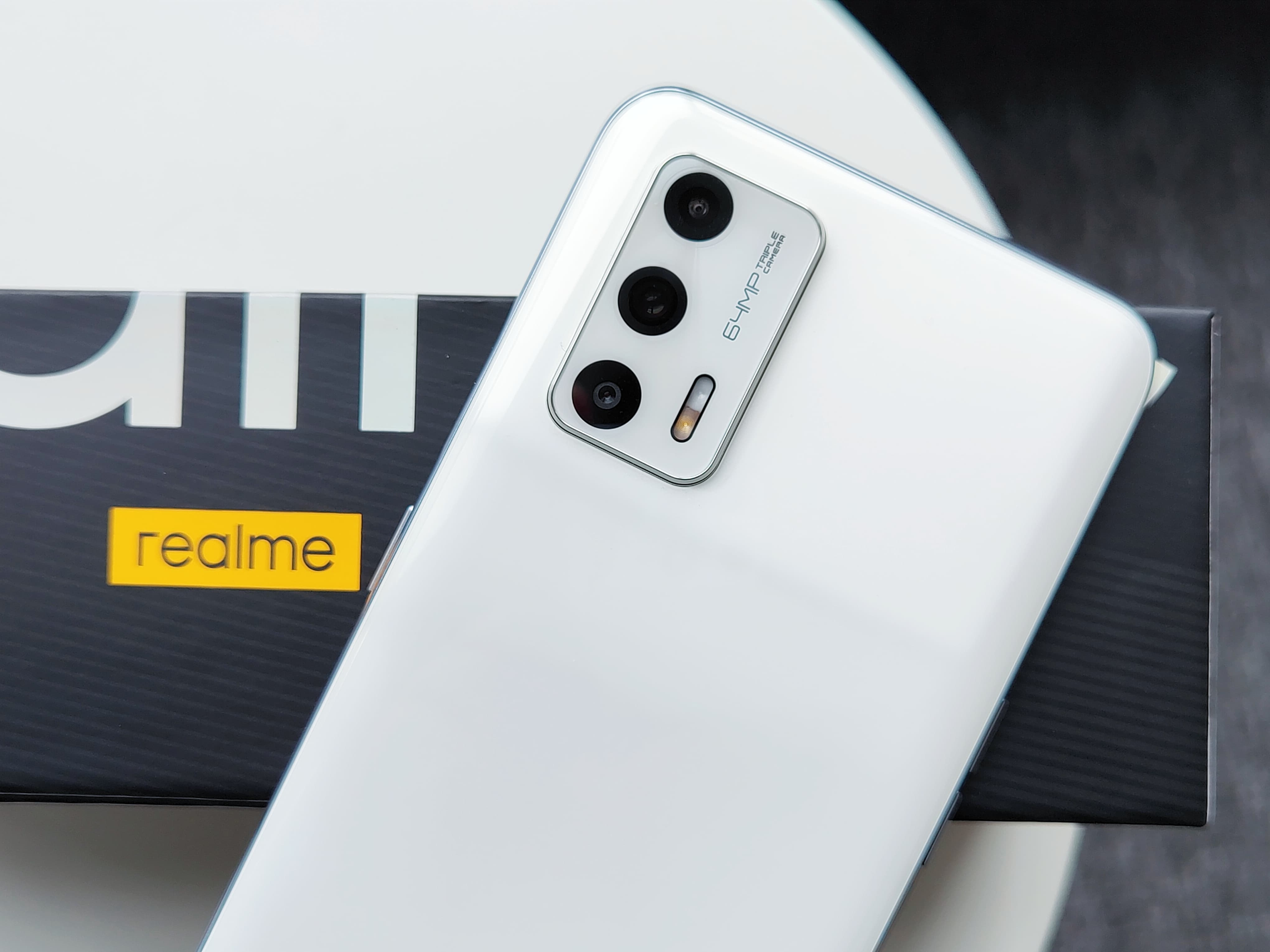 The lens configuration of realme GT Neo2T can only be said to be “sufficient” and “satisfying the current situation”. Due to the reasons of cost and product positioning, its lens configuration is not high, and there are not so many fancy attribute bonuses. , the lens arrangement is also a regular vertical rectangular three-shot, fortunately, it looks relatively regular, there is no fault to pick, and of course there is no bright spot.

Let’s take a look at the proofs directly. The proofs of the realme GT Neo2T during the day are as follows. The photos are only compressed for size, and the pictures are not adjusted by any modification. 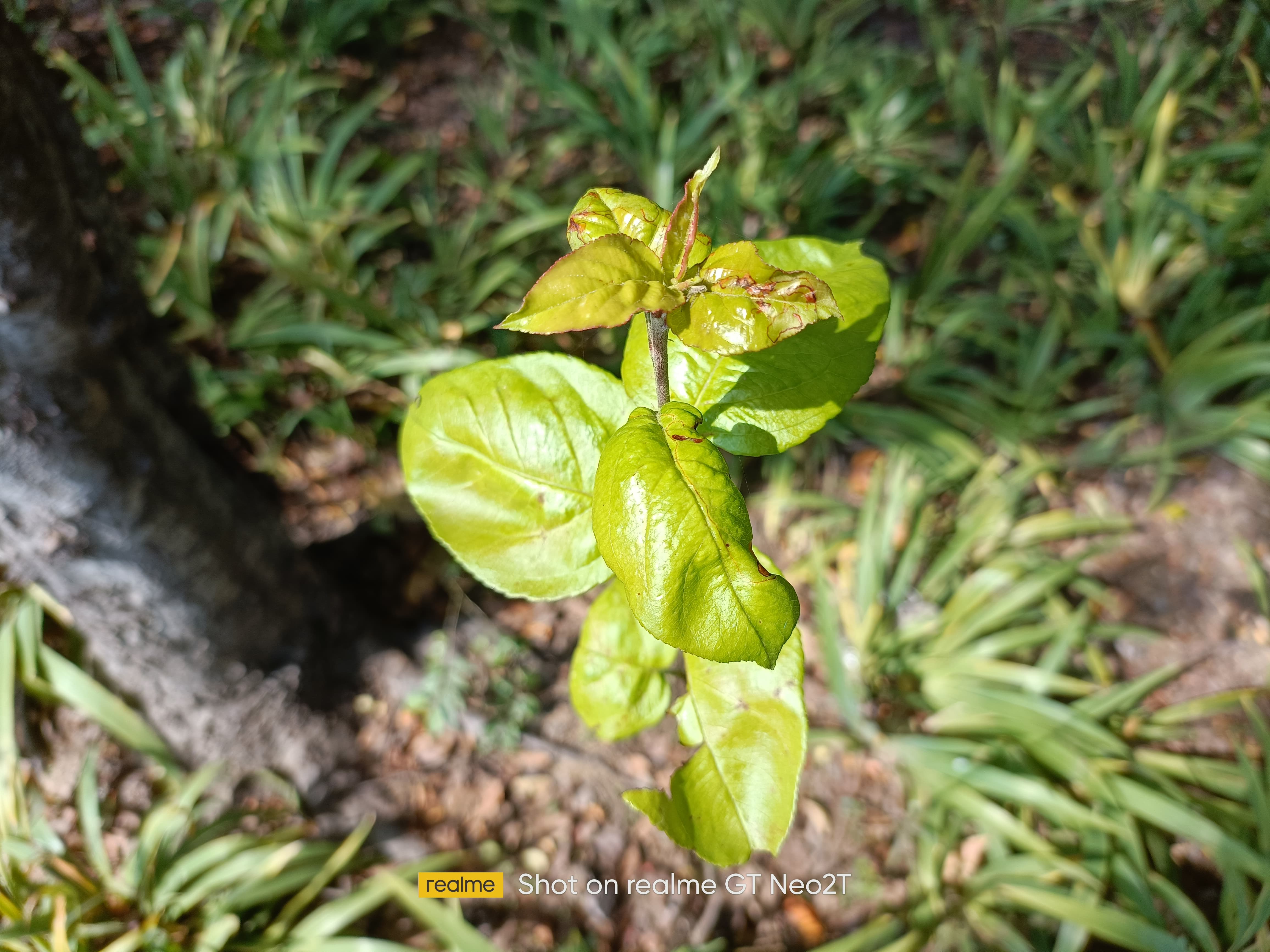 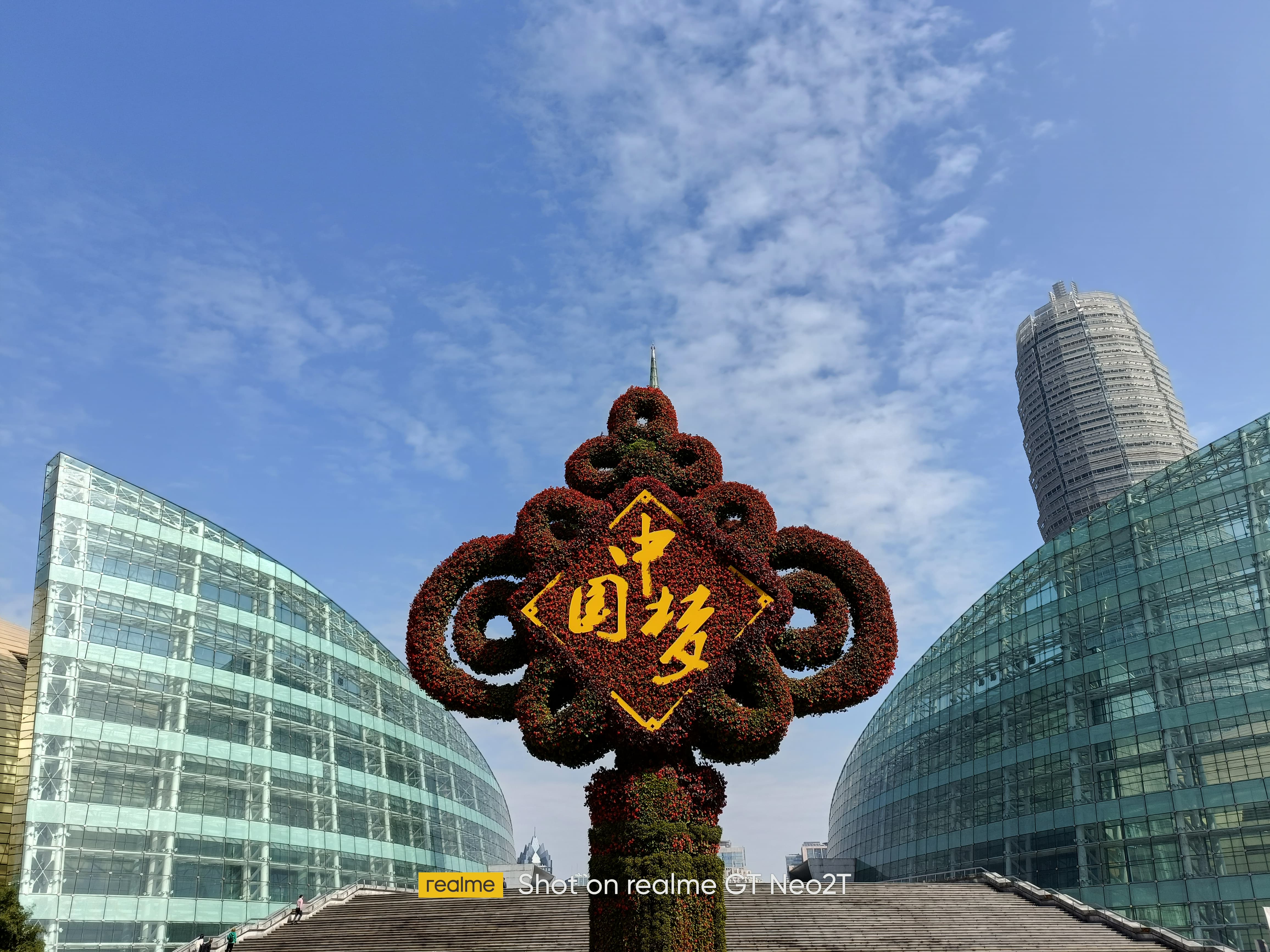 The texture of the plant details, the lines of the buildings and the blue of the sky are all very good records of the feeling of shooting at that time, and the look and feel on this screen is also very good, if you think about it at this time If you look at its starting price, it’s a great value.

The telephoto of realme GT Neo2T supports up to 10x digital zoom. Let’s look at its sample performance at different focal lengths. 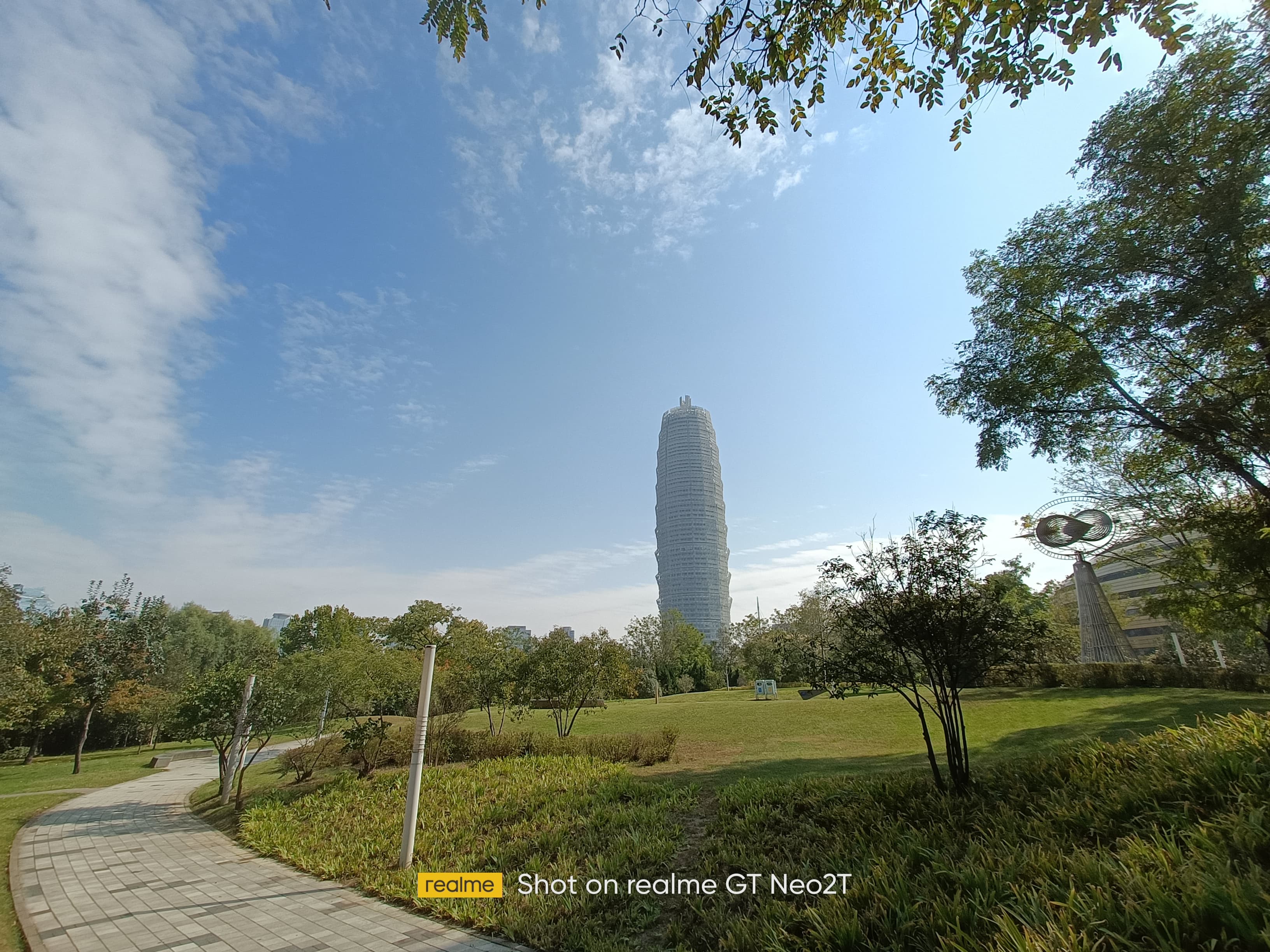 Because the realme GT Neo2T is not equipped with a telephoto lens, the photos are all cropped out of the screen in the case of 10x zoom. Naturally, the details cannot be compared with the mobile phones brought by light changes and hybrid zoom. From the proofs It can also be seen that the loss of details in the 10x zoom picture is still obvious. If there are users who frequently use telephoto photography, they should avoid choosing products without telephoto lenses. 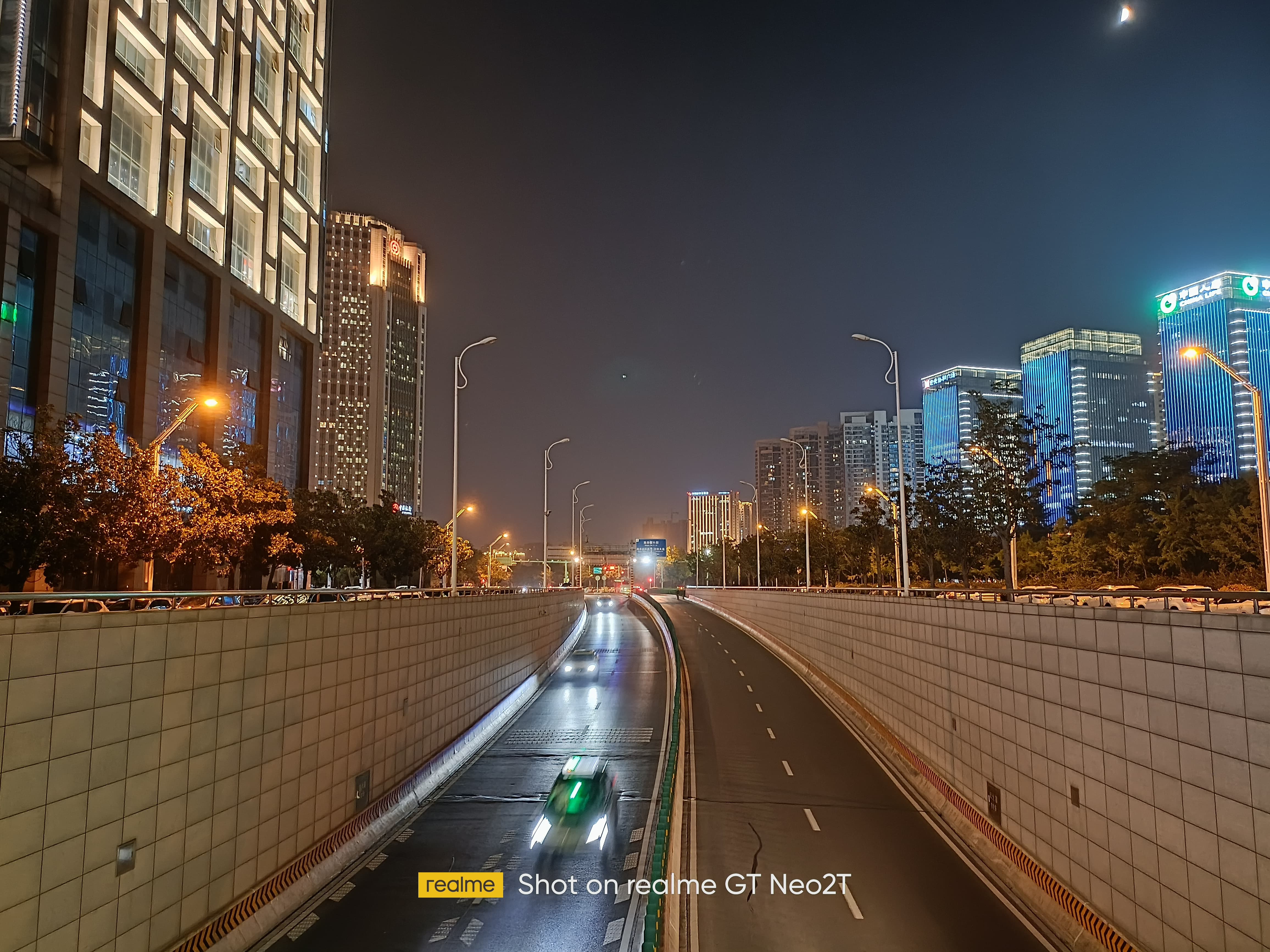 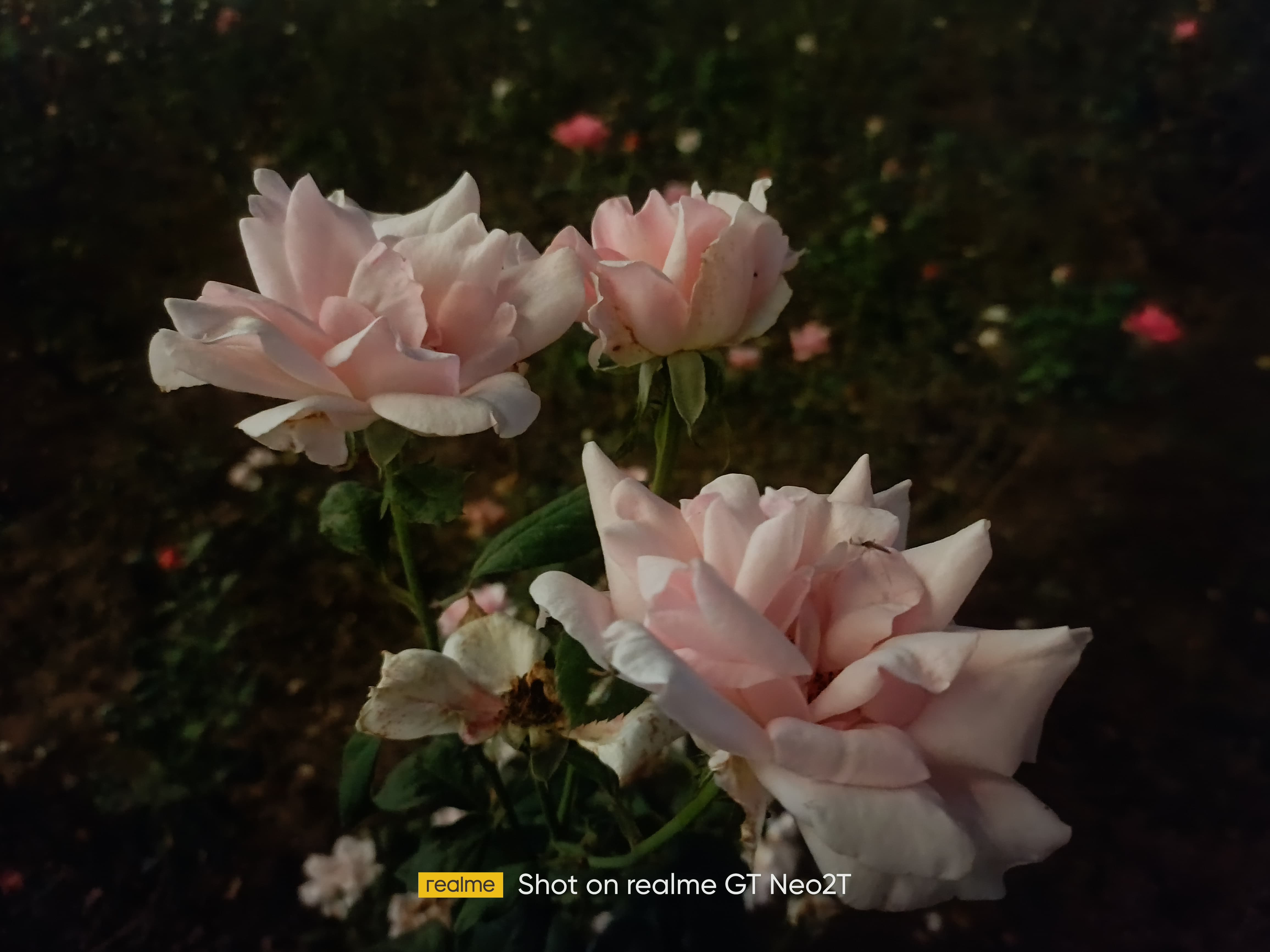 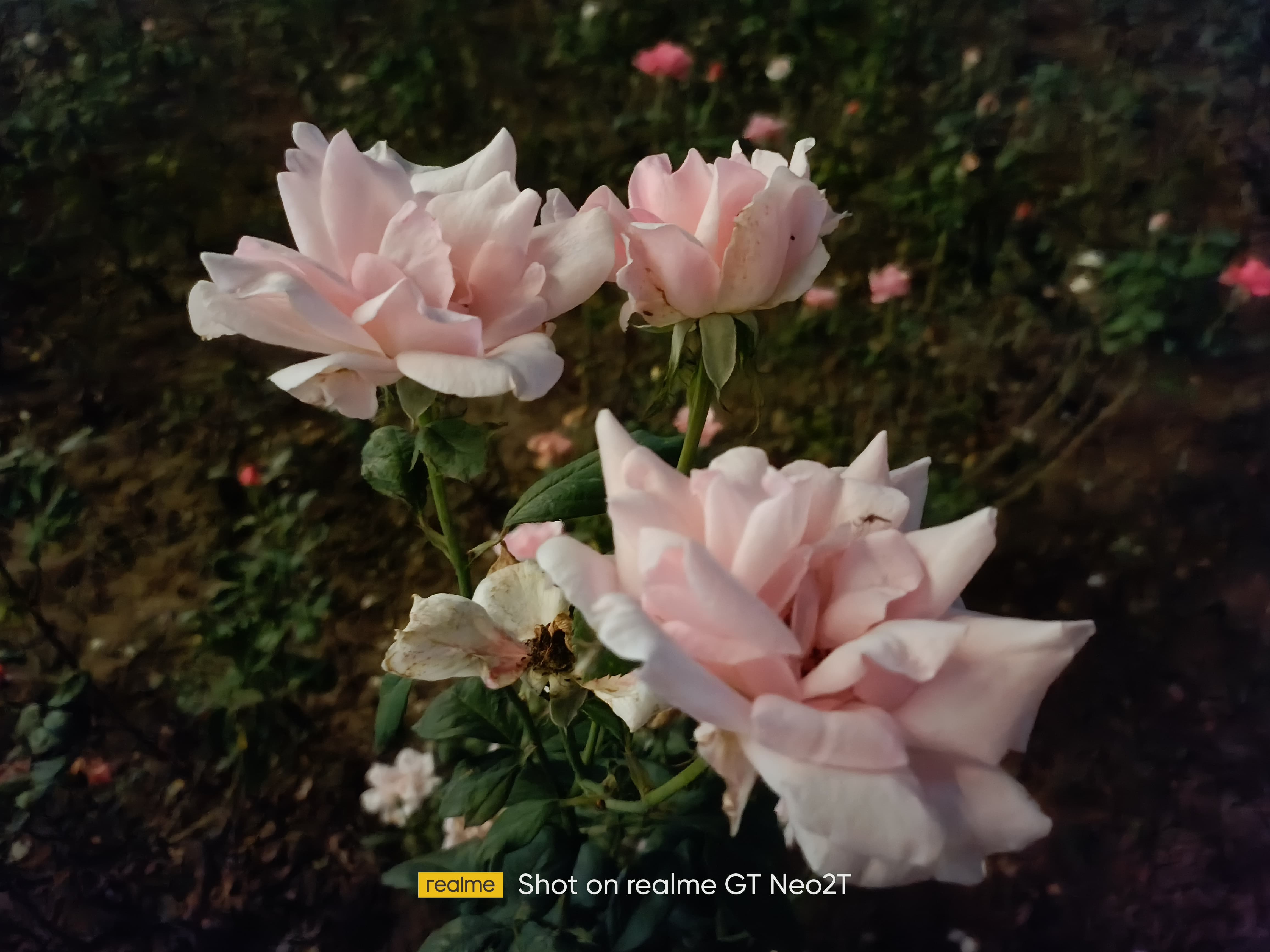 In the night scene mode, the realme GT Neo2T has also completed the task well. You can see the difference at a glance. The bright places are brightened. It seems to be in line with most people’s understanding of the night scene mode, but here is more about Relying on system-level software algorithms, there are still differences for those products that rely solely on hardware quality to improve image quality.

But if you think about the price, you can understand it. After all, the content of mobile phone photography cannot be pushed to the mobile phone of this price range, so that a product with a price of a thousand yuan can take such a night scene photo. It would have been unthinkable a few years ago.

In terms of processor, realme GT Neo2T debuted the Dimensity 1200-AI flagship chip in the domestic market. This chip was first launched in OnePlus’ overseas model One Plus Nord 2. It is a product of Dimensity’s 5G open architecture, specifically the manufacturer. It can freely customize ISP, AI, wireless connection, including customizing the workload distribution of various processing units such as CPU and GPU in the chip, so as to fully schedule more available resources.

In terms of parameters, it is basically the same as the conventional Dimensity 1200. Both use TSMC’s 6nm process technology, the CPU is A78 architecture, and the GPU integrates G77.

Realme’s Dimensity 1200-AI is equipped with a combination of LPDDR4X and UFS 3.1, which is enough for most users’ daily use, and the running score is also stable at 70W+.

After the actual test of AnTuTu V9, the realme GT Neo2T of the 12+256G version in the author’s hands has a score of 713706 points, which is already higher than the new Snapdragon 870 Meizu 18X that I tested last time. In addition, in terms of system, the memory expansion of realme UI is turned on by default +3GB (up to +7GB is supported), which also improves the running score to a certain extent. 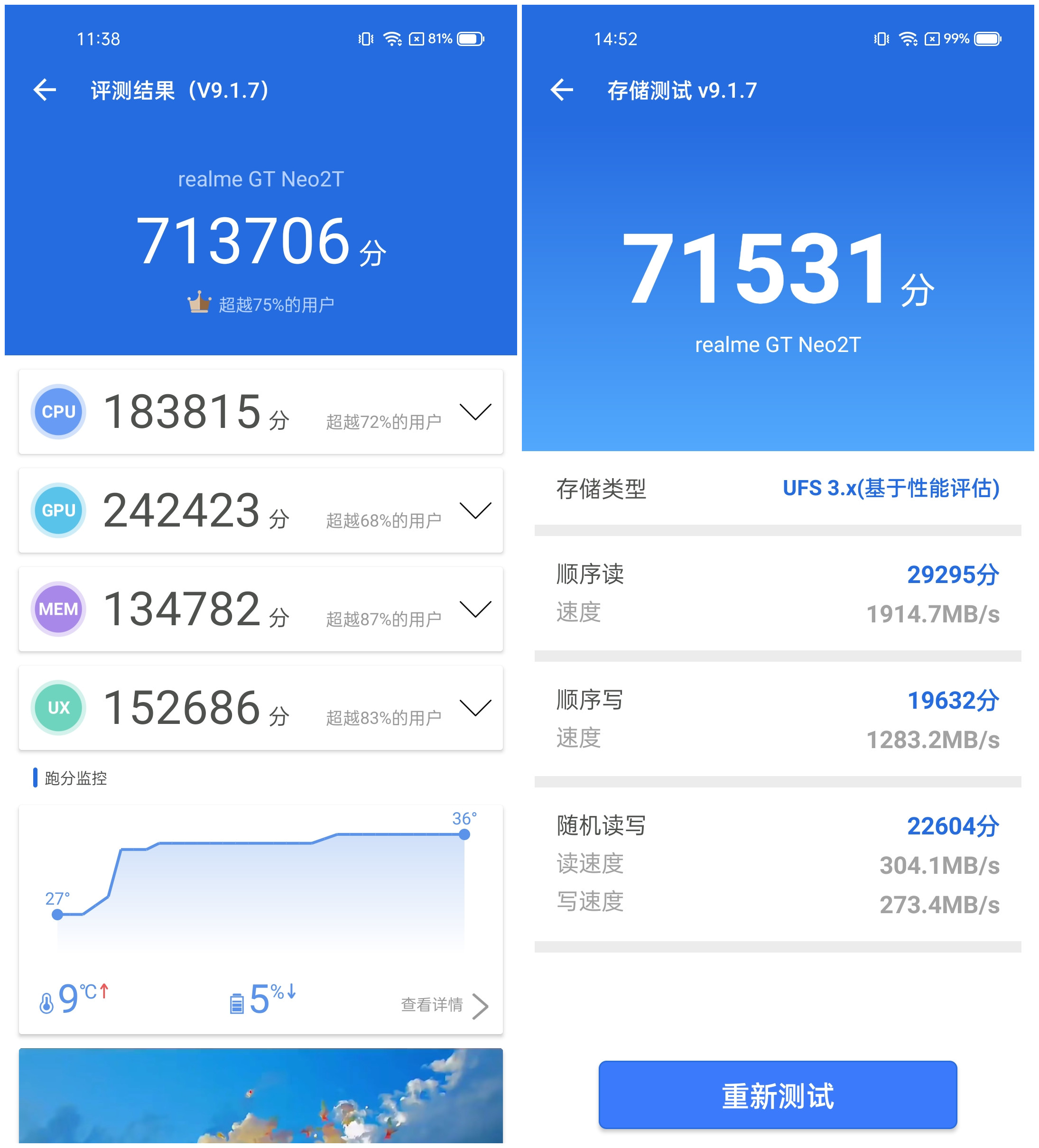 The hardware configuration of the realme GT Neo2T can be said to be consistent with the realme level, that is, to meet the level price range of the Dimensity 1200 processor, everything is added according to the standard of this processor. In such a combination, you are I can’t pick out what’s wrong with it. There are neither too many bright spots nor any shortcomings. It is a combination that everyone is very familiar with.

The realme GT Neo2T uses a 4300mAh battery in terms of battery, which supports 65W wired fast charging of OPPO series products. After actual measurement, after 30 minutes of “Peace Elite”, the remaining battery power dropped from 75% at the beginning of the game to 66%. %, the battery consumption of the realme GT Neo2T is 9%. 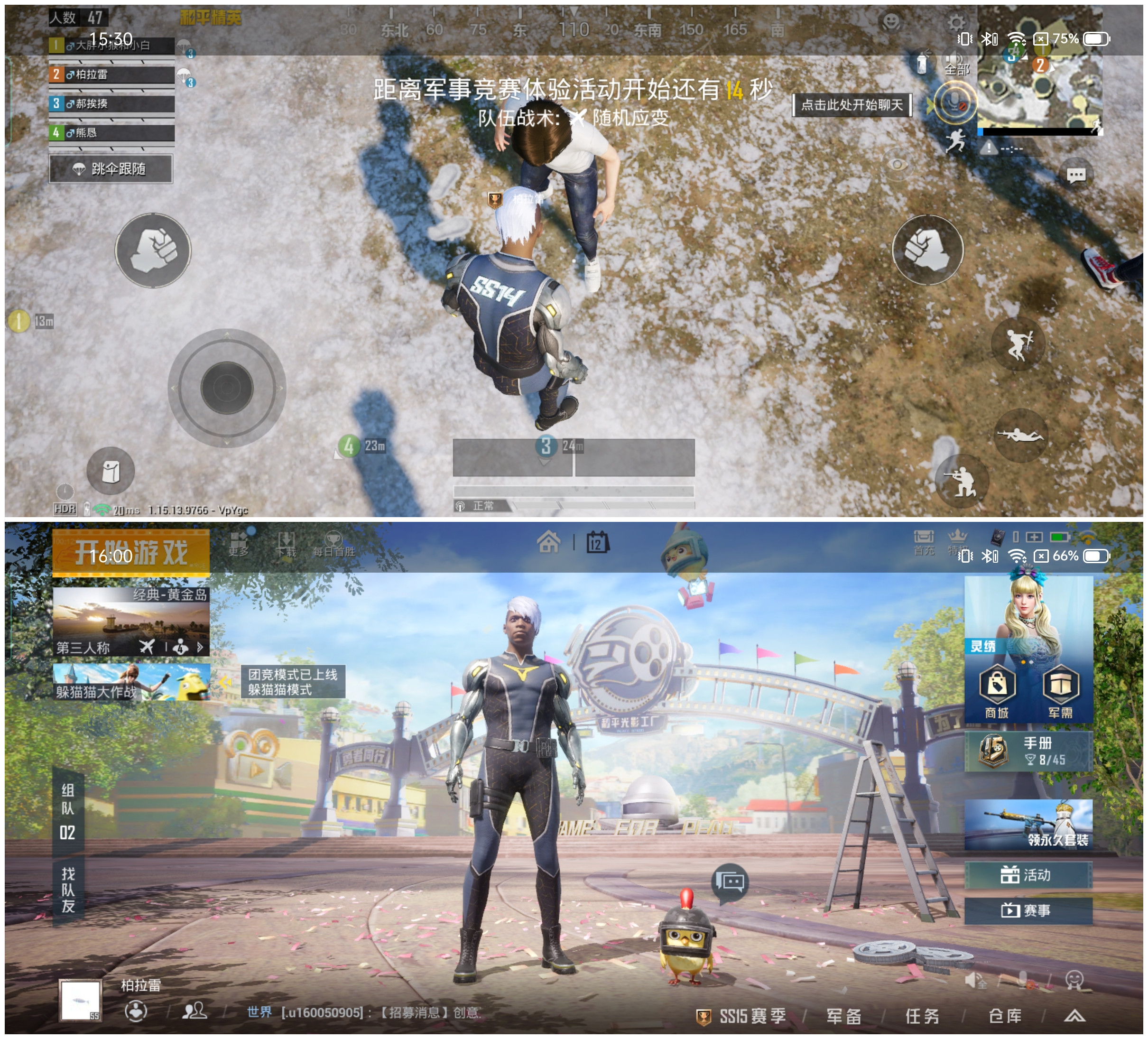 The highest adjustment of game picture quality and frame number is currently only supported for HDR HD + ultra-high, and 90 frames cannot be turned on, so the game experience is still slightly reduced, and the GT mode and e-sports mode of the system settings are turned on at the same time.

In another game “Genshin Impact”, after 30 minutes of game time, the picture quality is all turned on to the highest and the limit and the 60Hz refresh rate, the realme GT Neo2T consumes 17% of the power, from 65% to 48%. “God” is still the preferred software for fast power consumption of mobile phones.

However, although the power consumption is fast, the gaming experience is really much better than that of mobile phones equipped with the Snapdragon 888 processor. First, the heat will obviously become much lower, and secondly, the body of the realme GT Neo2T is in the thin and light category. The horizontal grip also puts little pressure on the pinky finger, and most of the Snapdragon 888’s experience with this game is heavy and hot.

In the charging test, realme GT Neo2T supports 65W wired fast charging. There is nothing to say. Realme, OnePlus and OPPO’s fast charging technology has been decentralized and popularized again.

In the actual charging test, the remaining power consumption of the battery is about 1%. Start charging. Use the 65W original charger set that comes with the box to charge. It takes 30 minutes to fully charge the entire phone, which is longer than the official 35 minutes. Faster, it can be charged to 46% in 10 minutes and 82% in 20 minutes, an experience that cannot be returned after use. 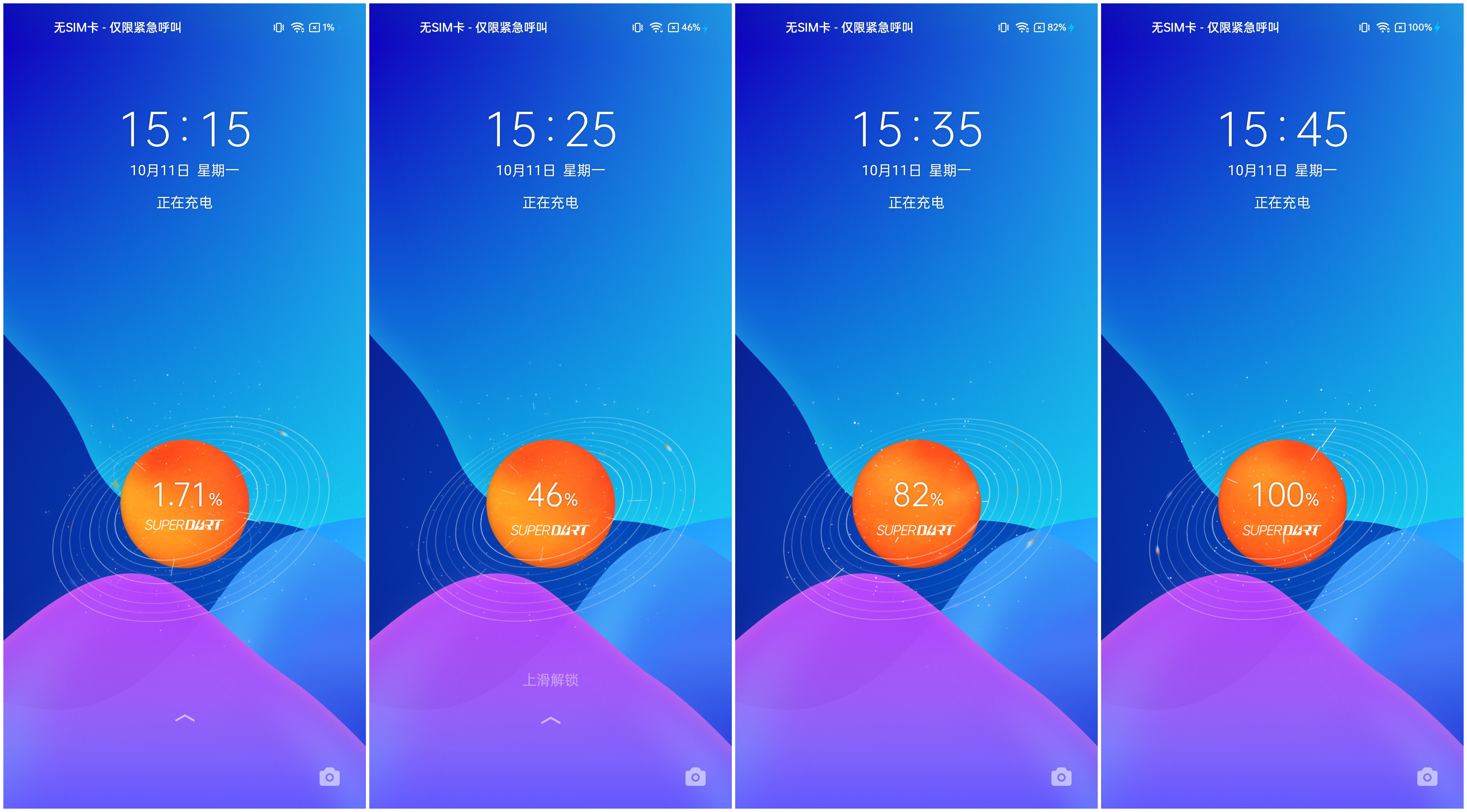 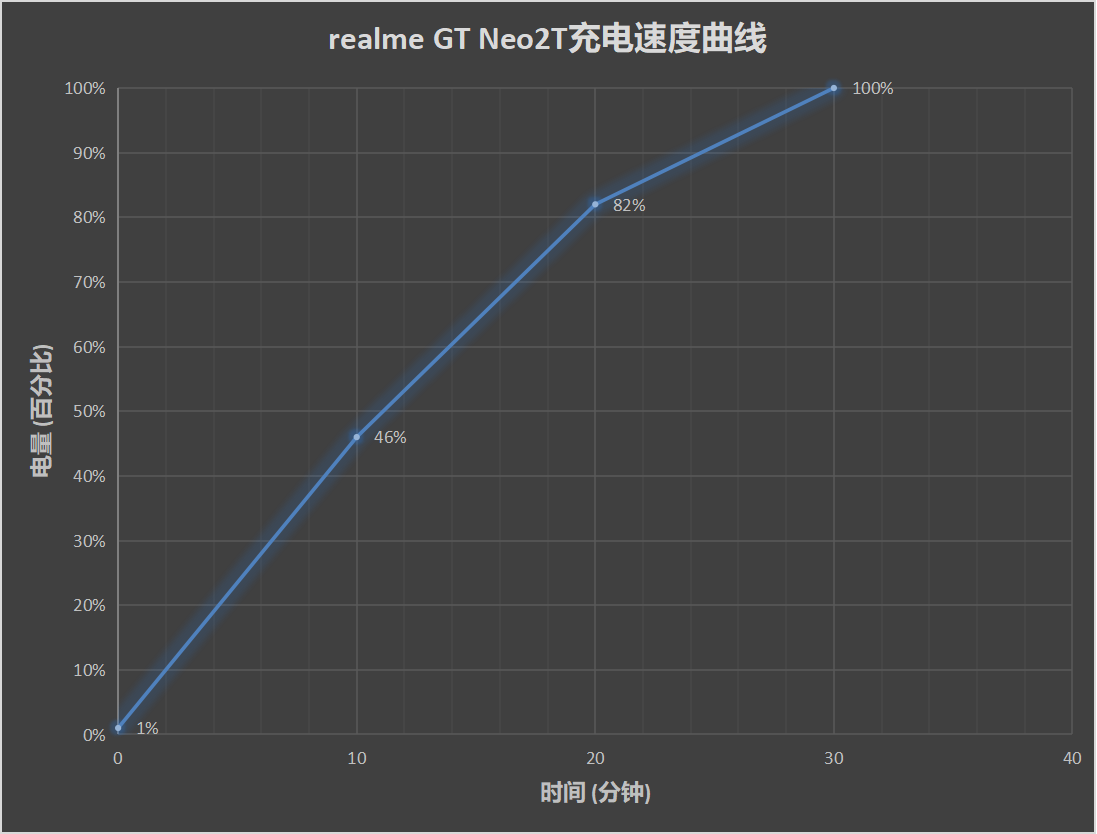 In the process of all major mobile phone manufacturers starting to learn from Apple’s move towards not sending chargers, the two categories of gaming mobile phones and cost-effective mobile phones must be the latest to follow in the world, because their user base has determined that they cannot go the way. It is so extreme, so realme’s 65W fast charging kit will still be with us. This is such a counter-trend but beautiful experience.

It feels like it is the best Sylphy that sells every month in the A-class car market. The biggest advantage is that it has no shortcomings. It may seem a little regretful to others to buy it, but what is the specific regret? You let the other party talk about it again. I can’t tell, in fact, the regret is what we often say “add some money to buy a product with a more prominent point”, such as more horsepower, for example, more configuration, but Xuanyi is not, it is that this is a complete balance in all aspects. direction.

The realme GT Neo2T is such a new phone. This phone actually has a “some point more prominent” feature, which is the price. When you see its price, you feel that everything is worth it. .