The old-fashioned big factory has awakened, and the new flagship configuration of ZTE has come to an end.-Mobile Update Share
Facebook Twitter LinkedIn Pinterest Email
ZTE’s flagship new phone, the Axon 40 series, will be released on the 9th of this month. Before the May 1st holiday, officials have already started several rounds of warm-up. Recently, the network access information of the phone has been officially released by the Ministry of Industry and Information Technology, and the specific configuration information has also been released. revealed.

According to the data given by the Ministry of Industry and Information Technology, the front of the ZTE Axon 40 Ultra is a 6.8-inch 2480×1116 custom resolution screen, the battery capacity and fast charge are 5000mAh+80W, and the top version is equipped with a 16GB+1TB storage combination to meet the needs of large Space requirements, the size and weight of the phone are 163.28×73.56×8.41mm and 204g respectively.

In addition, the real picture of the phone was finally officially announced today. The overall design is similar to that of the Z40 series. What is more shocking is the screen part, which can be said to be the full screen of the current mobile phone. 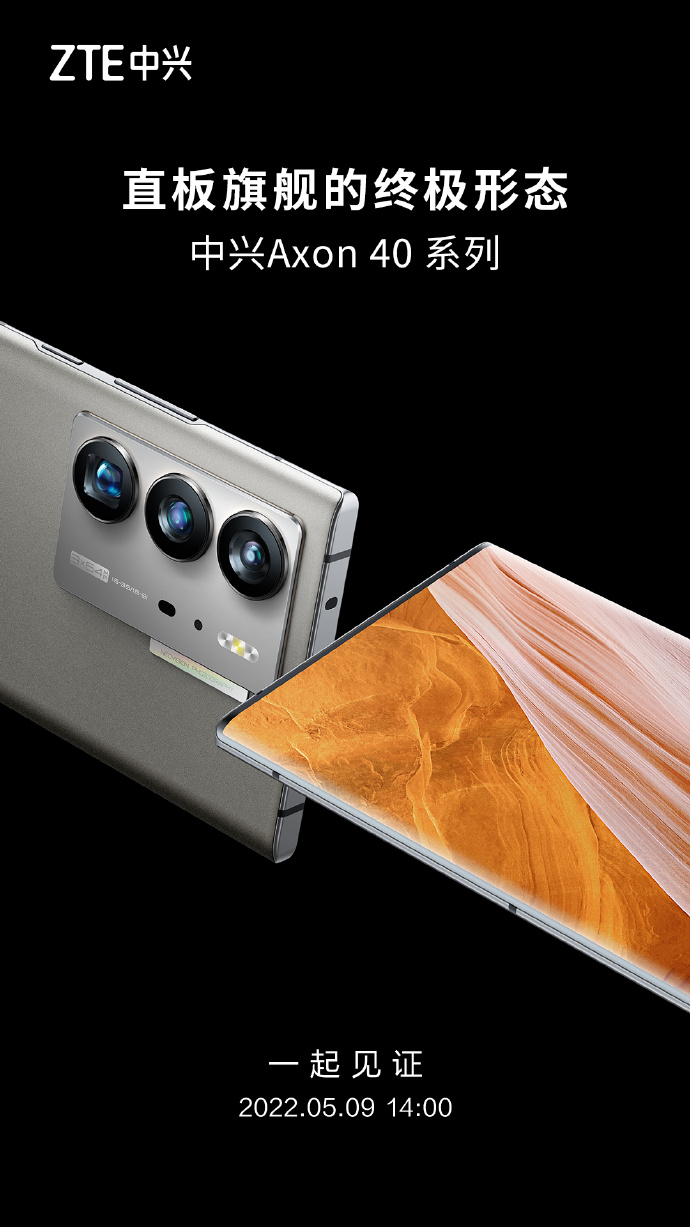